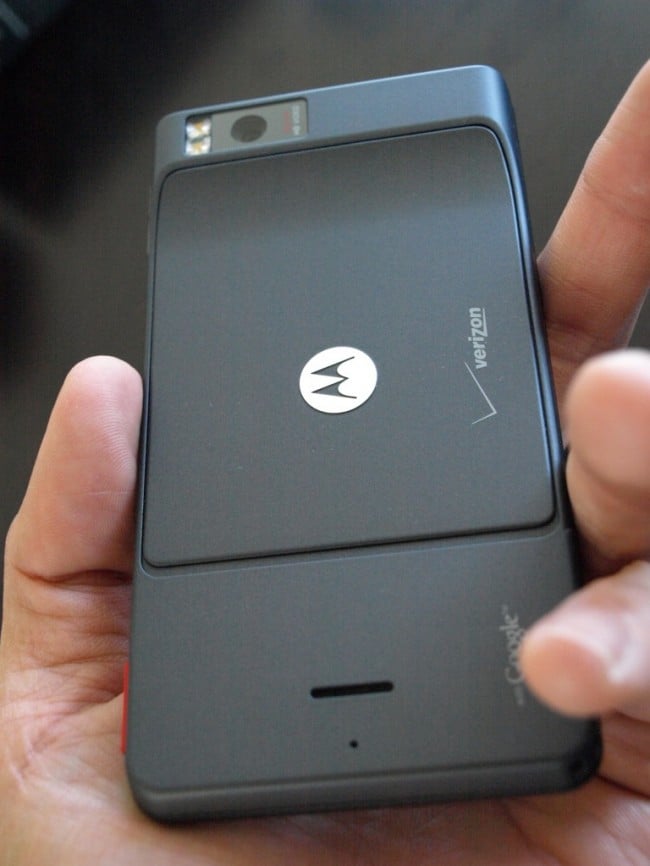 If you just picked up your Motorola Droid X from a Verizon store this morning, chances are you probably consider yourself a Droid X enthusiast and might even have plans to try and mod the latest and greatest Android phone from Motorola. Well, there are some things you should know about hacking/flashing your monster of an Android phone with a custom Android OS ROM. There have been reports that the just-launched Droid X uses a bootloader that’s harder to crack than Fort Knox and is protected by some technology known as eFuse. The kicker here is that the eFuse bootloader protection system has the potential to brick your new phone if you try to mess around with different ROMs and whatnot. But, is it true?

First of all, what is a bootloader? The bootloader on a smartphone is a bit of code that basically boots up the phone – in this case, it puts the keys into the car’s (Android OS) ignition and starts the engine. Being able to mess around with the bootloader is essential to flashing custom Android ROMs onto your phone – it’s like being able to change car keys when you switch between cars. So, you can see how locking down the bootloader could cause problems for Android hackers as well as the casual enthusiast looking to customize their new smartphone.

So, what’s the deal? Well, it has been confirmed that eFuse is bundled with the Droid X. That much is not up for debate. Hell, Motorola basically admitted to this practice previously. The eFuse technology is built into Texas Instruments’s TI OMAP SoC (system on chip) solutions, including the OMAP3 chip used in the Droid X, as well as a handful of other Motorola Android phones. The eFuse technology essentially double checks that your bootloader, kernel, and ROM to make sure they are legit and officially sanctioned.

What’s up for debate at this point is whether or not this eFuse technology will actually brick your phone if you try to mess around with the bootloader in hopes of flashing a custom ROM to your phone. Multiple sources are pouring water on the flames of rumors that say that the Droid X will become nothing more than an expensive paperweight if you mod it beyond simply getting root access. The word on the street at this point is that the eFuse concerns could be overblown and may not end up being a huge problem.

It all depends on how the eFuse technology is implemented in the Droid X. There’s still a chance that customizing the handset will turn it into Ye Old Paperweight, but there’s also a chance that Android devs will root it, unlock the bootloader, and flash custom ROMs with no problems. We suggest you don’t find out the hard way for yourself and let those in the know do all the exploring.

Friends, your wait is over to get your hands on Samsung's best smartphone today - the Samsung Galaxy S is...