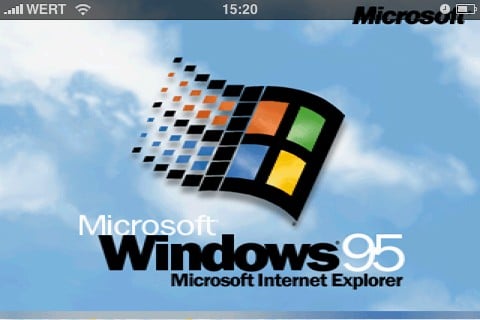 Remember back when Windows 95 was basically the only operating system option you had if you didn’t want to deal with Macintosh? (Oh, how times have changed.) It was decent at the time, albeit a little buggy and somewhat crash prone, but oh the games. Those sweet, sweet games. It just might be possible to relive all of those glorious moments as a user on XDA-Developers named mamaich was able to get Windows 95 running on an Android emulator.

Apparently, the hacker got two versions of Win95 up and running: one was a slow, but stable version, and the other was a faster and less stable one. Although, why would anyone really want to throw Win95 onto their Android devices? Mamaich has decided to give up on the project, though, so maybe an equally capable developer might be able to pick up where he left off. Perhaps even mamaich wondered, “Why bother?” Otherwise, it was good to know it worked while it lasted.

[Via: XDA-Developers and Phandroid]

Just two weeks after it was officially announced, Firefox Home is now available for the iPhone through the iTunes store....