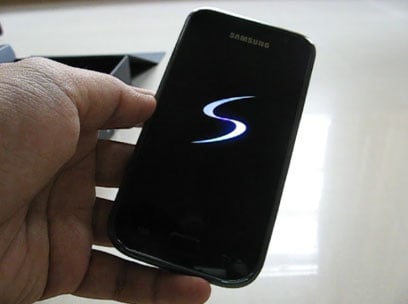 Samsung has optimistic plans for its Galaxy S device. More precisely, the Korean company plans to move 10 million units of their highly desired Android smartphone. Thus far they’ve already sold 300,000 units in its own backyard and over a million globally.

We don’t know two things, though:

I’ve no reasons to doubt Samsung will reach its goal. After all, we’re talking about one of the most desired devices on the market today with specs that include that gorgeous 4-inch WVGA Super AMOLED touchscreen, 5-megapixel camera, HSPA or EV-DO Rev. A connectivity, WiFi, Bluetooth 3.0 and so on. And with back to school sales coming around the corner, we’re confident Koreans have all it takes to achieve the goal, despite fighting the likes of Apple, HTC and Motorola.

Looks like AT&T is using the Samsung Captivate (Galaxy S) to steal some thunder away from the T-Mobile Vibrant, which...