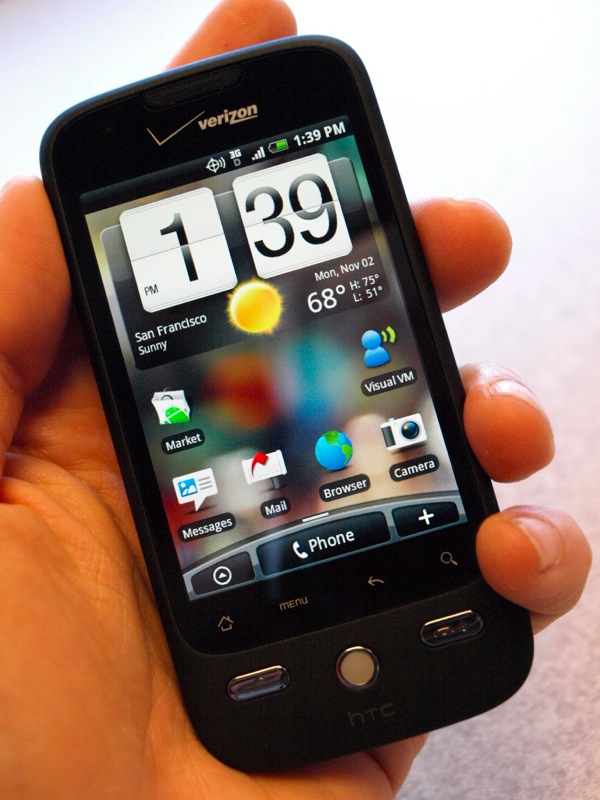 When Apple gave its press conference on Friday to address the iPhone 4 antenna issue, it gave a little demo showing other phones allegedly facing similar signal attenuation problems. Included were the BlackBerry Bold 9700, which RIM wasn’t terribly pleased about, the Samsung Omnia II and the HTC Droid Eris. The idea behind the demo is that, to some degree, all mobile phones can have reception issues if the antenna is blocked by your hand. Unsurprisingly, each phone used in the demo performed just as Apple had hoped.

HTC hasn’t given an official statement on the demo, unlike RIM, but Eric Lin, online PR manager, did comment on the matter. When asked just how many customers have complained about the antenna issue, Lin said, “Approximately .016% of customers,” and noted that “”we have had very few complaints about signal or antenna problems on the Eris.”

I’m pretty sure that the manufacturers that were involved weren’t terribly happy with Apple’s demo, but I’m happy to see that HTC wasn’t as kneejerk and harsh as RIM. Companies like Nokia have openly taken shots at Apple while expressing its disdain against the Cupertino-based company, all the while ignoring its own criticisms regarding antenna/reception issues even before the iPhone 4 was released.

This drama is sure to go on for a while since Apple hasn’t offered a reasonable fix for the issue, even though it only affects less than two percent of users. That’s still 60,000 unhappy iPhone users when you consider the 3 million iPhone 4 units that Apple has sold over the last three weeks. For now, the company is only offering free cases and bumpers for iPhone 4 customers, or refunds for those who already purchased a case or bumper.

What do you think? Was it wise for Apple to use other manufacturers to show that this antenna issue isn’t unique to the iPhone 4 by demoing phones like the HTC Droid Eris? Are you happy with the proposed–and hopefully temporary–solution to the problem? Or will you be considering returning your iPhone for the full, no-questions-asked refund that Jobs mentioned in Friday’s press conference?

To see the site that Apple launched to address the iPhone 4 antenna issues, and to see the demo videos of other phones showing the same problems, click here.

Is there anything the iPhone 4 can't do these days? It has a gorgeous display, a front-facing camera for video...