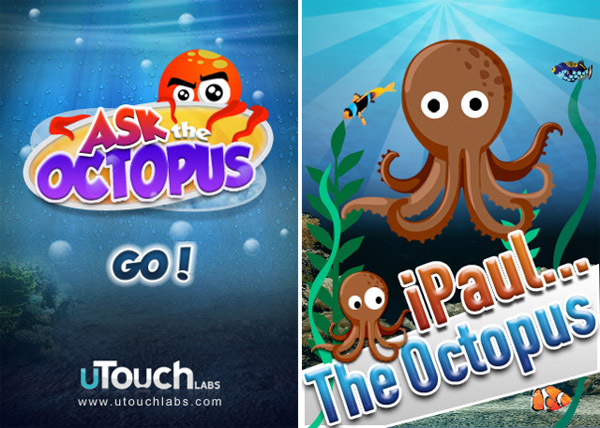 The world’s single most popular octopus Paul, who predicted all 7 games Germany has played in the 2010 World Cup, got not one but two of its iPhone apps, allowing you to ask questions and get yes/no answers. If it works for you, you can think of it as a single most important app you’ll ever (and I mean ever) installed on your iPhone, iPod Touch or iPad.

Of course, none of the questions will be actually sent to Paul for consultation, but a random program algorithm will decide instead of you.

At first, not that many people around the world believed in Paul’s predictions and today, after Germany has lost to Spain, half of Germans want to literary get a piece of that octopus. They even suggested recipes how to make a tasty sea food meal.

Anyway, Paul’s iPhone apps will definitely keep you entertained for some time. Who knows, maybe one of the apps offered turns out to be working for you. In total, that’s 2 bucks worth of risk, which is like nothing. 😉

The Audit Bureau of Circulations' interactive unit, ABCi, is teaming-up with Handmark to provide audited mobile usage statistics for publishers...