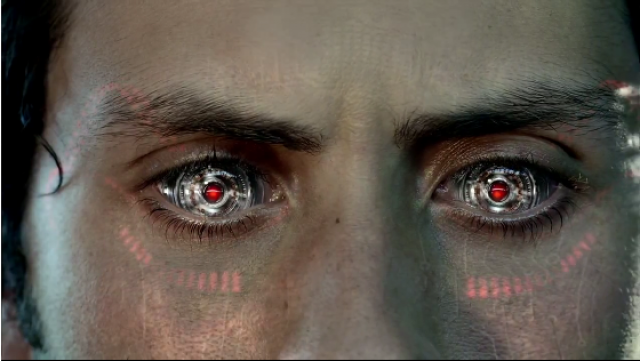 Here comes one more Droid X ad from Verizon, although this one pales in comparison to the previous cinematic ads we’ve seen. The ad basically shows off the preloaded Blockbuster application that comes with the phone.

Average Joe Schmo is sitting at his desk after work hours trying to get that last report done, when his Motorola Droid X decides to distract him. And distract him it does. Joe soon goes into the Blockbuster application, where he starts watching the Bourne Ultimatum, saying, “be damned with the Johnson report, Matt Damon just jumped through a window!” Well, you’ll have to see for yourself if you want to know what really happens.

This is likely the beginning of the “real” Droid X advertisements, showing off what the phone can do, rather than showing how it can turn your arm into that of a robot. The previous ads were made to build hype, and it worked. Now Verizon is going to show off every strong feature the device can provide for you, and there’re enough features to give us quite a few more ads. I’m starting to wonder if the X is going to take a back seat to the Motorola Droid 2, which it certainly could, but the X just seems a little more intriguing than a sequel to a device that looks almost identical to it’s predecessor.

It will come down to personal preference when the Droid 2 is launched. Bigger screen, or slide-out keyboard will the the choice for most average consumers, while the geeks may be looking at the software. A slightly modified version of Android (Droid X) that will eventually get updates when it’s good and ready, or a device that comes with (presumably) stock Android and will receive updates quicker than other handsets with custom skins (Droid2).

In either case, Verizon will be pushing both of these devices pretty hard, and there’s a good chance you are legally blind if you don’t see an ad for either of the two handsets in the coming month.

Motorola keeps churning out devices left and right, and are well on their way to obtaining their goal of releasing...