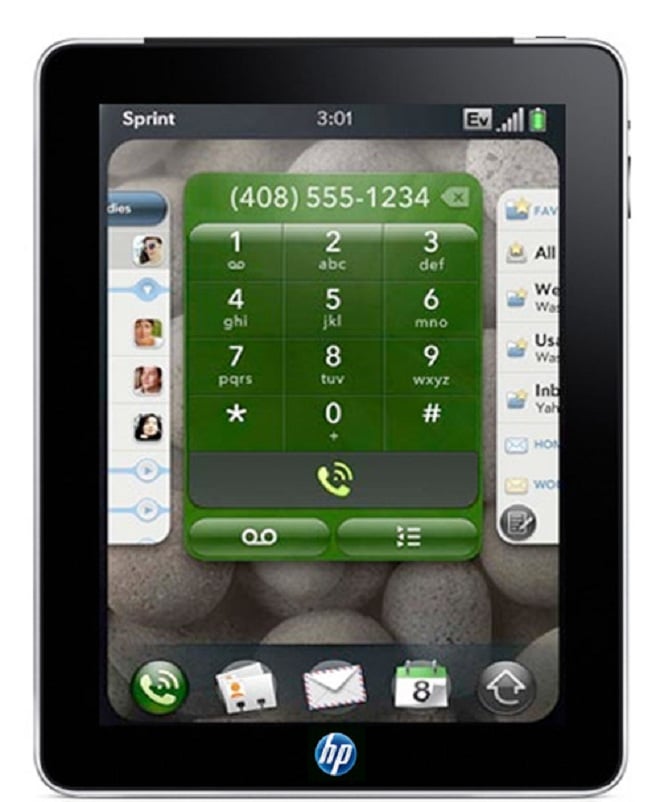 If you had any doubt that Hewlett-Packard (HP) is prepping a webOS-powered tablet, you can rest assured because the company has applied for a “Palmpad” trademark. That’s quite an interesting choice of name, huh?

The company recently wrapped up its $1.2 billion acquisition of Palm and HP said it will “double down” on webOS. This means we can see the platform on a variety of devices like smartphones, printers, computers and tablets.

That last category has been gaining a lot of traction lately, particularly as the Apple iPad has sold more than three million units in a few, short months. The HP Palmpad could be a strong counterbalance to Apple’s “magical” tablet but it could also up the ante by including things like a front-facing camera, USB ports and other things that are lacking from the Apple iPad.

Of course, this is all speculation at the moment but it makes a ton of sense. We already know HP is working on a webOS tablet that has been code-named “Hurricane” and it also reportedly axed its plans to develop tablets that run Windows 7 and Android to focus on its own software. This seems very smart to me because the Apple iPad has shown that, right now, tablets can be successful with tight integration of hardware and software.

I really think webOS will rock on a tablet with some good horsepower. Throw that finger-friendly platform on a device that rocks a 10-inch screen, 1 GHz processor, WiFi, 3G, Bluetooth, multiple cameras and various ports and I’d buy it yesterday (assuming it doesn’t cost an arm and a leg). What would you readers like to see in the HP Palmpad?

While an HP Palmpad would be good, I’m still waiting to see when it will come out with the next Palm smartphone. With the iPhone 4, Droid X and Samsung Galaxy S devices kicking behind, HP doesn’t have much time to waste.

I've had the weekend to play with the Sony Ericsson Xperia X10 Mini Pro, and am so far pretty happy...