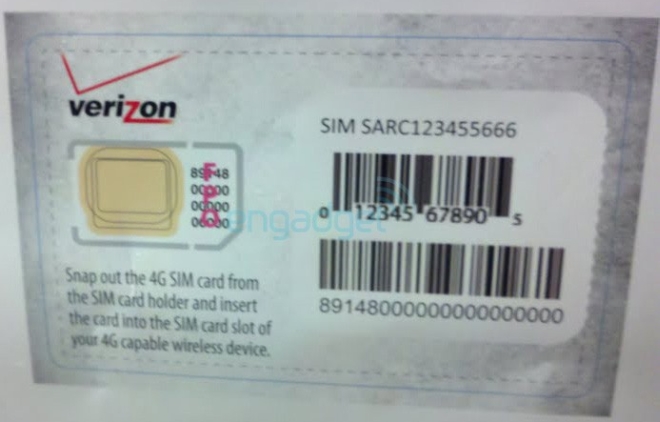 Americans should be super excited right now. There are a little over 5 months until the end of the year, and besides all the new smartphones due to launch, plus new versions of Android and Windows Phone, Verizon is going to be turning on their brand spanking new LTE network.

According to documents that were leaked to Engadget, this LTE network is supposed to provide users with 5 to 12 megabit per second download speed, 2 to 5 megabit per second upload speed, and a latency of 30 milliseconds. Compared to T-Mobile’s HSPA+ network, and Sprint’s WiMAX network, Verizon is arguably going to have the most superior solution. This doesn’t come as a surprise to most of you since Verizon is an operator known for investing heavily in their network. They recoup their costs by locking down devices and charging obscene overage charges, but hey … you really do get signal everywhere.

The first devices to launch with LTE are of course going to be USB modems for laptops. LTE smartphones are at least a year away, and even then they’re going to be available in limited quantity. There’s still some debate as to how operators around the world are going to offer voice service over LTE. The industry is backing the OneVoice initiative, but no one has actually seen it working in the wild, meanwhile the VoLGA folks are screaming at the top of their lungs wondering why their plug and play solution that works over today’s equipment isn’t being implemented.

The most interesting part of all this is actually seeing a Verizon branded SIM card. It’s incredibly strange, and makes me wonder if this LTE network, which is supposed to cover 100 million people by the end of the year, is pure LTE or has some HSPA/EDGE equipment in place. If that’s the case, then can you shove your Verizon SIM inside the mobile phone you already have and use it purely for data?

Something to think about as we inch closer towards Christmas.

We all knew the Microsoft Kin phones weren't long for this world after the software giant said it would be...