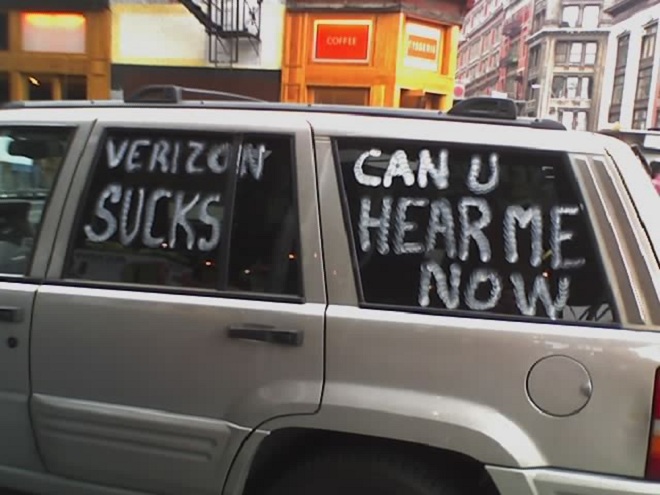 Oh no. It looks like Verizon Wireless is getting ready to kill its unlimited data plans in order to go to a tiered-pricing model, according to an anonymous tipster over at Engadget. The nation’s largest carrier could implement this change as soon as this month.

Sure, anonymous tips may not hold much credence in your eyes, but this shouldn’t be too shocking if you’ve been reading the tea leaves. AT&T just ditched its unlimited plans in favor of a plan that gives users 2 GB a month for $25 or 200 MB for $15. You can bet that Verizon will take some cues from this type of pricing and keep its plans in this range.

It shouldn’t be surprising because Verizon has been talking about this for a long time. It has already said that its 4G network based on Long-Term Evolution will use tiered pricing for “buckets of data” for multiple devices.

The rationale is clear: the majority of users use less than 2 GB of data a month, so these users will be saving at least $5 a month on their plan. Additionally, so-called “data hogs” are clogging up the network and it is causing light users to subsidize their mobile data needs.

The problem I see with this is that it could limit mobile app innovation for Verizon smartphones. The Motorola Droid X and others are top-tier devices that can change what users can do on the go. When you have a meter on your mobile data, though, you’ll think twice about using the mobile versions of Pandora, YouTube or testing out a neat new mobile video app.

Expect Sprint and T-Mobile to pump their unlimited plans as key differentiators if this change does go down, but it could be a matter of time before these two switch over. We’ve already seen Sprint add on $10 a month for service on 4G-capable devices like the EVO 4G, even if you’re in a 3G-only area.

T-Mobile could have an opportunity to capture hardcore geeks if it retains unlimited plans and continues with its rollout of its HSPA+ network. I know I’m considering ditching Verizon for one of the Samsung Vibrant on T-Mobile.