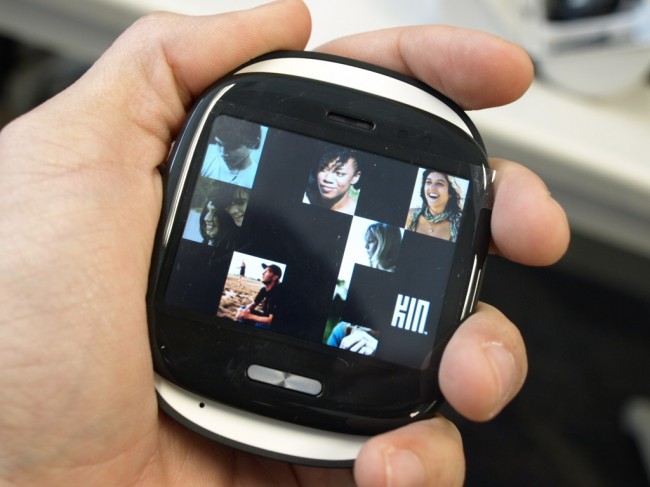 As its final, parting wave to the KIN lineup of pseudo-smartphones, Microsoft has pushed out updates to the small fleet of KIN One and KIN Two handsets that actually managed to make their way out of Verizon stores. Before you get excited – not that it’s actually possible to get excited for Verizon’s ill-fated handsets – you should know that this doesn’t change the fact that Microsoft and Verizon have killed and buried KIN in a grave that is hopefully deep enough to cover up all its embarrassments. The update is likely the equivalent of the KIN team’s last will and testament for their pet project, before closing up shop for good.

The software update is version 1.0 build 2814.0, and it includes some minor updates to the UI and adds some features that will hopefully keep KIN users happy for eternity – and it had better be good enough to last that long, because there aren’t going to be any more updates coming from Microsoft. It’s really too bad, because the Microsoft’s recently-acquired Danger team did a great job on UI design for the small, social-networking handsets.

The update is reportedly packing the following changes:

Verizon is apparently offering crazy deals on the KIN phones, so if you’re still looking to buy one, for whatever crazy reason, you might want to head down to your local Verizon store and grab one soon. We’re hearing that Verizon is shipping off unsold inventory as we speak.

Get the software update by checking for updates in the KIN settings menu.

It looks like Qualcomm wants to get out of the mobile TV business, as its CEO said the company is...