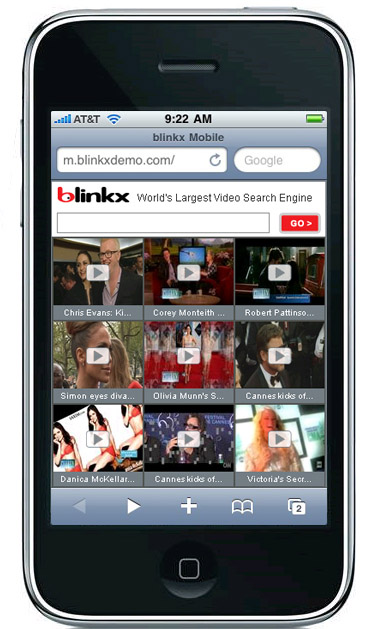 blinkx, which touts itself as the “world’s largest and most advanced video search engine,” launched mobile API, giving developers of mobile applications and sites access to blinkx’s index of MP4 video.

We’ve already talked about blinkx in the past. If you’ve missed that article, you should know their mobile video index includes millions of clips from top tier content partners such as the Associated Press, CelebTV, Howcast and Lonely Planet. In total, blinkx has signed more than 720 partners and indexed over 35 million hours of video and audio content to date.

By opening an API to third party developers, the company has the opportunity to increase its distribution footprint and drive more searches through its engine. Mobile developers, on the other hand, can access to a wide variety of mobile-ready videos from top broadcasters and media companies.

And if you’re interested to find out more about blinx mobile API, you should contact the company at redlabel@blinkx.com.

The iPhone Dev Team has released an update to their ultrasn0w carrier unlock tool for the iPhone! Excited? Well, allow...