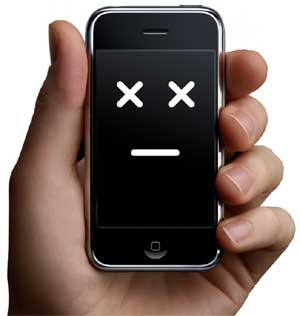 So, the Library of Congress made a decision today about the Digital Millenium Copyrights Act, or DMCA, and you hackers and pirates started jumping for joy. All you heard was that jailbreaking and rooting your handset is now legal, so any feelings of guilt you might have had are probably all gone now. But if you haven’t jailbroken your iPhone or rooted your Android handset just yet, you might want to consider what the CTIA has to say about the matter.

The CTIA poignantly brings to mind the restrictions that carriers and manufacturers have placed on their handsets and reasons why you shouldn’t jailbreak or root your devices. The CTIA also says:

Wireless carriers and handset makers go to great lengths to protect their customer’s privacy by blocking spam, filtering for viruses, and testing software that is sold through their portals. Unfortunately, ‘jailbreaking,’ or other modifications to a wireless phone’s operating system, increases a consumer’s risk for malware, spyware and other vulnerabilities.

Perhaps if you’re the type to be inclined to jailbreak or root your device, you’re already well aware of the risks you’re taking. After all, your every day smartphone user might be unaware that you can do such things on the iPhone or Android platform. But it’s not just the software risks or vulnerabilities you’ll be exposed to. Just because the government says the DMCA can go suck it as far as your handset is concerned, it doesn’t mean it’s perfectly ok.

Before you run off and get all hack-a-thon on your device and jump to a jailbreak or root, be sure you know what you’re doing. You might also be voiding your warranty so you might not be covered by those protections, or insurance for that matter if you’re caught tampering with your handset. Basically, think twice before you jailbreak or root. Otherwise, if you were to have some hardware issue or other problem that requires an exchange or a fix, you could be totally SOL. Sometimes, the experience could be as simple as wanting to get a phone replaced due to a charging port failure or something that becomes part of a recall.

You've likely been sleeping under a rock if you hadn't notice Android OS has been growing at a rapid pace....