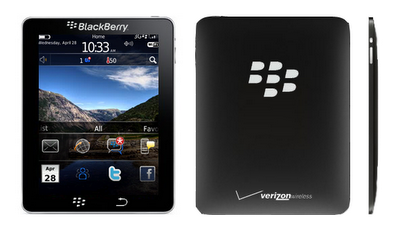 Today may be the day we finally get confirmation that RIM’s rumored and unofficial BlackBerry tablet, codenamed “Cobalt,” will be known as the BlackPad. We’ve long expected the BlackBerry maker to go with the BlackPad name for tablet device, but a newly discovered domain registration from RIM seems to all but confirm the moniker as a very real possibility.

MobileCrunch was tipped off today by a “Mr. Canada” to RIM’s recent ownership of the BlackPad.com domain address. The registration information was verified through a simple WHOIS lookup on the domain status. According to that information, RIM took possession of the URL just a matter of days ago, while the rest of the world was busy throwing crap in Apple’s general direction over the iPhone 4 antenna issue.

For those of you not yet familiar with the BlackBerry Cobalt project, it’s basically a BlackBerry tablet device a la the iPad. Rumors have it sporting a 1Ghz processor, rear- and front-facing cameras, and will support the Adobe Flash web technology that is conspicuously missing from the iPad. We’re hearing that a Q4 2010 launch, possibly in December, is likely.

As it stands, hitting up BlackPad.com on any web browser is a fruitless endeavor. RIM isn’t going to put up a placeholder for a website that is related a project that hasn’t even been confirmed yet, so it makes sense that the domain is just an empty shell for now. What doesn’t make sense, is that RIM is seriously considering going with a name for their rumored tablet that mostly started off as a joke amongst mobile geeks.

“What do you think RIM will use as the name for their BlackBerry tablet device,” asked one mobile geek. “The BlackPad, of course,” another geek would respond. “LOL, HAHA, that’s hilarious, let’s call it that for now.” And here we are, months down the road in rumor-land, only to find ourselves confronted by the possibility that RIM would dare to call their tablet by a name that borders on something the NAACP could have a field day with.

Of course, the domain could have been snatched up by RIM as part of their effort to preempt any BlackBerry tablet spoof or counterfeit or other scam websites that could pop up in the future.

RIM published a cute little YouTube video today explaining why BlackBerry smartphones are ideal for enterprise, going through the usual...