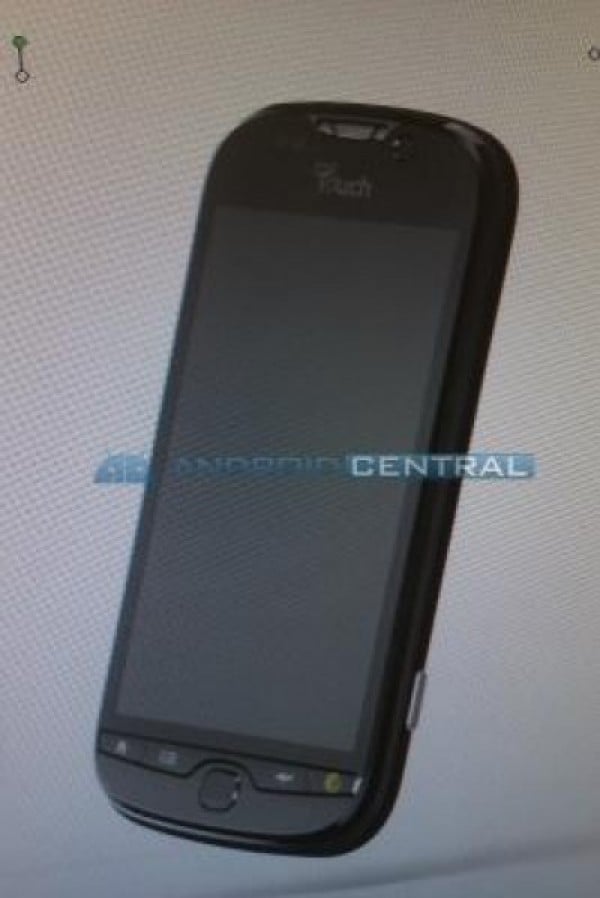 Rumors that T-Mobile is getting ready to launch the MyTouch 3G HD as a high-end Android phone are starting to make their rounds in the blogosphere. The new device could mark T-Mobile‘s first serious move into launching handsets with support for the carrier’s 4G-like HSPA+ network, which has the potential to trump 4G offerings from Sprint. A leaked image of what looks to be the MyTouch 3G HD has been spotted today, and rumor has it that it might be the HSPA+ phone that the carrier recently teased online.

Some would consider the Samsung Vibrant (T-Mobile’s Galaxy S variant) to be the start of T-Mobile getting serious about their Android smartphones, but when every carrier is getting a device from the same family, it’s hard to consider Magenta’s offering unique enough to stand on its own. Before the Vibrant, the only two handsets worth your while were the HTC HD2, despite it’s Windows Mobile OS, and the Android-powered MyTouch Slide, which just doesn’t have the guts to compete with other high-end smartphones. The previously leaked HTC Vision was expected to be the carrier’s next major handset, but it seems that this rumored MyTouch HD will be the tip of the spear into Big Magenta’s high-end handset initiative.

From the looks of it, the MyTouch 3G HD looks very similar to the Slide. It lacks the physical keyboard, but retains the overall design aesthetic. The screen on this device looks bigger than the Slide’s 3.4-inch display, and very well may hit somewhere near the 4-inch mark. There’s also a good chance that this MyTouch HD will be sporting one of the SLCD display that HTC recently announced it would start using.

Also spotted on the new handset is a front-facing camera for video chatting. And, without that slide-out QWERTY keyboard, the MT3G HD looks to be slimmer than the Slide. One thing that we can see in the leaked image above that I wish was not there is the Genius button. While it performs well, the search button has been sacrificed, which I find faster and easier to use.

I’m gonna go out on a limb and say this device will also sport the ultra-customized HTC Sense UI that’s found on the Slide, and that’s not necessarily a bad thing. It’s also possible that this MyTouch 3G HD could be the HTC Vanguard or Emerald we saw on the leaked roadmap a couple weeks back.

More intriguing is the possibility that we might also see this handset launching with full HSPA+ support to suck down wireless data at speeds up to 14.4Mbps. The G1 Blaze was previously thought to be the first device to support T-Mobile’s faster data network, but the MyTouch HD could very well turn out to be the inaugural HSPA+ device.

Do you like the look of the MyTouch 3G HD? Does having high-speed HSPA+ data make the MT HD more attractive to you? Sound off below!

Apple has brought on another load of drama onto itself after seriously mishandling the iPhone 4 antenna issue - partly...