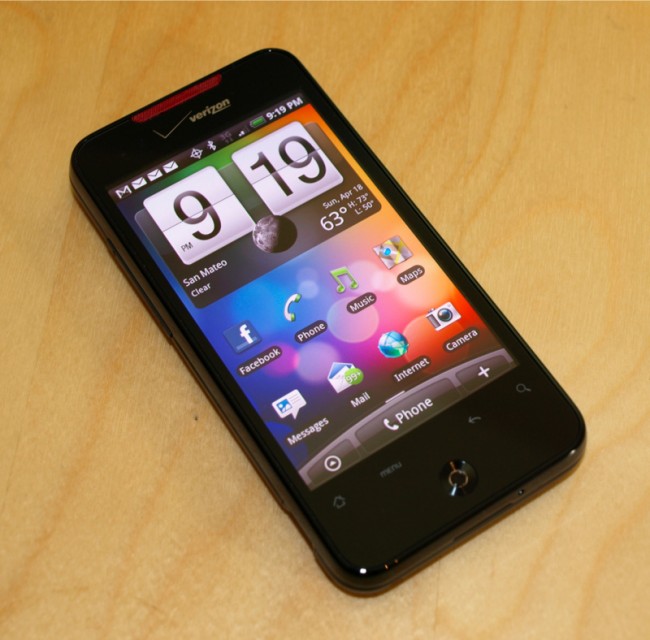 There have been been quite a few Android 2.2 Froyo leaks floating around recently. First the Samsung Galaxy S, then the Motorola Droid X got Froyo, and now the HTC Droid Incredible has been blessed with the Android 2.2 update. While the Droid X doesn’t have a ROM you can install on your own – there are just pictures of the Droid X running Android 2.2 – the Droid Incredible’s Froyo build is out and available to install right now!

Was HTC just blowing smoke when they said to expect Froyo around Christmas, or was that roll-out window intended more for devices that would ship with Android 2.2 pre-installed? It looks to be the latter because the Froyo build on the HTC Incredible is legit and fully functional.

Other than the standard features that Froyo brings to the Incredible, HTC added some of their own Froyo-flavored upgrades to their Sense UI. The updates include: HTC Flashlight, FM Radio widget, Calculator widget, SMS widget is updated, a Sync all widget, Profile widgets, 3G Mobile hotspot, genie widget (aka the News and Weather widget Google added to Froyo), App sharing program, messaging app optimizations, 720p recording, built-in flash on camcorder. There are likely more upgrades and optimizations to the Sense UI, and we’ll have a more complete list as we get more details.

You also need to flash the Android 2.2 Froyo radio to your Incredible if you have yet to do so. The instructions are detailed in the source link, and you need to do this before you flash the ROM, or some things won’t work. So be sure to flash the radio first. Good going HTC, this may not be the official update, but we can almost taste it.

One thing to keep in mind, though. When the official OTA comes out to play, you may have issues updating your HTC Incredible, if you’re using the leaked ROM. If that is the case, you can downgrade back to Android 2.1 and then install the official OTA update.

Finally, Android 2.2 is beginning to hit handsets that aren’t the Nexus One, which has officially had the software for almost a month now.

Ready to get your Froyo on?  Hit up the link below to get started!

Good news Sprint EVO 4G users, as the carrier just said you'll be getting Android 2.2, or Froyo, next week....