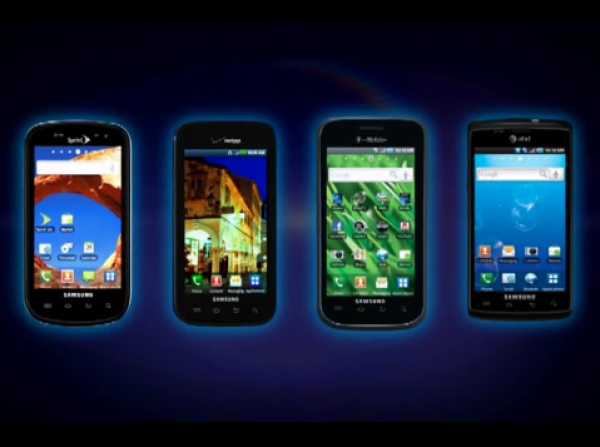 You’ve heard about the Samsung Galaxy S right? You know, Samsung’s first superphone coming to all four major US carriers? Good, because now we have them all together before they battle it out in the US smartphone market. While it’s nothing we haven’t seen before, the video below is by far the most detailed of the bunch, and it’s still worth a watch.

As we said before, there’s not much you haven’t seen in the video before except that all Galaxy S variants are shown together. This is also by far the longest video we’ve seen of the Galaxy S lineup – it’s almost four minutes long. They’ve got more to show off, so of course it will be longer. Yep, the Vibrant, Captivate, Epic 4G, and Fascinate are together one last time before they start their competing with one another, and it should only get more interesting from here.

The Epic 4G is hands down the best of the Galaxy S devices, since it sports a full QWERTY keyboard, and the front-facing camera is untouched from the original Galaxy S (a feature that has been taken off every other variant besides the Epic 4G). The Epic 4G is also, you guessed it, Sprint’s 2nd 4G device.

Currently, only the T-Mobile Vibrant and the AT&T Captivate are available to purchase in The States at the moment, but the Verizon Fascinate and the Sprint Epic 4G will become available later this year. The video showcases the Super AMOLED display, the 1GHz Hummingbird processor, and the “brilliant” TouchWiz UI (debatable), just in case you missed out on any of the other videos. If you’re an iPhone owner who’s thinking of switching to Android, the Galaxy S line is the perfect transition device for you.

If you have yet to do so, make sure to check out Marin’s AT&T Captivate review, and my own T-Mobile Vibrant review. You’d be surprised how two phones that are so similar can vary in so many ways. But Samsung is pushing their Galaxy S line in a great way, all coming with different form factors on all major and some regional carriers, ensuring that you’ve got a Galaxy S option almost everywhere you go.