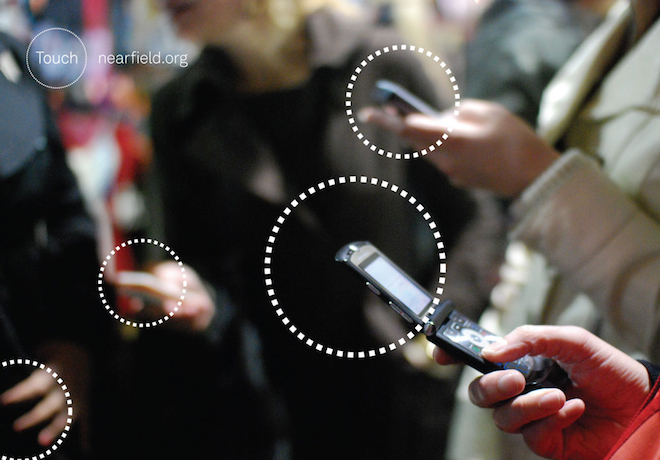 AT&T, Verizon, and T-Mobile are teaming up with Discover and Barclays to test NFC payments in the Atlanta area as well as three other cities. The operators have been searching for a CEO for this new venture. AT&T and Verizon will get equal stakes in the company, with T-Mobile having a smaller chunk of the pie. This is all a rumor by the way.

It’s important to note that the enemy, or in business terms the competitor, of this effort is strangely Visa and Mastercard. Everyone in America has some sort of plastic card in their wallet. Hell I’ve been using a debit card since I was 13 years old. Instead of operators working with Visa, they want to start fresh. They want to own the consumer. They want your morning coffee and after work beer to be purchased using their system.

Think of the ramifications of this. Think of the small business owner who has to now have a cash register that supports hard currency, Visa, Mastercard, and now NFC. It’s estimated that the reader will cost merchants around $200.

But wait … NFC is a standard, so if this is rolled out properly then it shouldn’t matter who will win the battle of the payment processor since it’s all a matter of reprogramming the little chip inside your mobile phone.

The addition of Barclays to this partnership is a bit confusing. Sure, they’ve been testing out NFC based payments over in the UK. They even have an NFC enabled credit card, which kind of defeats the purpose of having NFC in the first place. But still, Barclays is essentially a British company with no brand recognition, hence no trust, in the United States.

No dates have been given for the roll out, but if a leak like this is hitting Bloomberg then expect an official announcement within a month or two.

Fun fact from the above mentioned article: there are over 1 billion credit/debit cards in the wallets of Americans. The country only has a population of 330 million. That’s 3 form of debt pile up per every man woman and child.

[Via: Engadget]
[Photo above from the awesome Near Field blog]