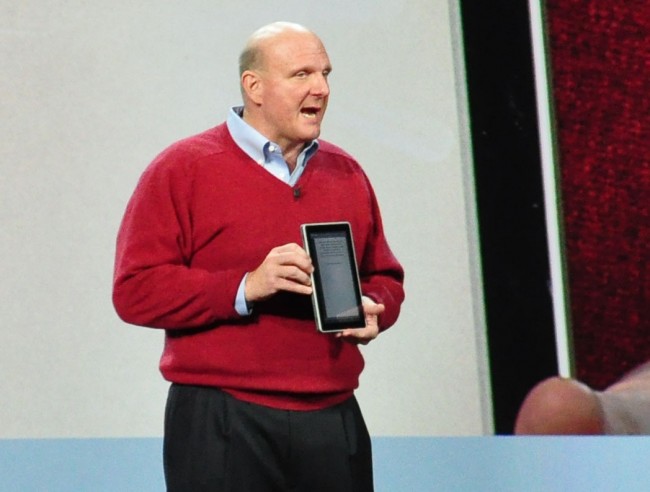 We all know the Apple iPad is a smash hit as the device has sold over three million units in a few months but what is Microsoft’s strategy to counter this growing trend in computing? So far, it’s been a mixed bag at best but Microsoft reporter extraordinaire Mary Jo Foley has some informed speculation on what the software giant will do in the tablet space.

Over on ZDNet, she said it may be a full year before we start seeing real “WinPads” to compete against the Apple iPad. Why?

Microsoft’s real iPad competitors aren’t going to debut until 2011 — I’d guess mid-2011 at best. Ballmer didn’t state this plainly at last week’s Microsoft Finanacial Analyst Meeting, but he dropped some hefty hints. Ballmer touted Intel’s Oak Trail processors as being key to Microsoft’s iPad alaternatives. The problem is Oak Trail chips aren’t going to be ready until “early 2011.” Once PC makers get them in hand, it will take them at a couple of quarters to build and test slates that use them.

Is this going to be way too late? The Apple iPad shows no signs of slowing down and by mid-2011 there should be another version which could include a new, beautiful screen and a front-facing camera for two-way video chatting with FaceTime. This would be really tough to overcome because Apple has essentially created the mainstream tablet market and seems well-positioned to rule it.

On the other hand, Microsoft just sees tablets as computers in a different form factor. Microsoft knows how to do well with computers. Remember when netbooks first hit the scene with tons of Linux? The netbook is now overwhelmingly dominated by Microsoft Windows software.

I don’t think it’s going to be that easy though, particularly if Microsoft pushes Windows 7 as the platform of choice. While this is a darn good OS for what it is, I believe a tablet needs a strong touch user interface and a streamlined app ecosystem, like a smartphone. Because of this, Microsoft should just let its partners go wild and throw Windows Phone 7 on these tablets because it has a touch-friendly UI and should be populated with apps aimed at mobile users.

I definitely needed to hear this bit of news that The Adam tablet computer, from the Indian start-up Notion Ink,...