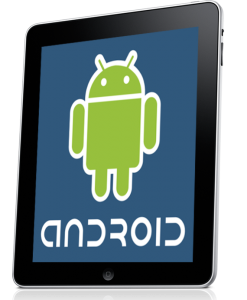 Look out Apple because Motorola is reportedly prepping a 10-inch Android tablet which will go head-to-head with the iPad.

Verizon and Motorola are already pretty chummy from the Droid lineup of devices and Motorola manufactures some of the FiOS cable boxes, so this looks like a natural synergy. I’m imagine you would already have to be a Verizon FiOS subscriber to get access to it on the Motorola Android tablet but the service is slowly rolling out to more places.

The rumors also suggest that the device will sport a 10-inch display, just like the Apple iPad. I would imagine that it will have at least a 1 GHz processor, Android 2.2, a camera, Bluetooth and, hopefully a few USB ports.

The Android 2.2 platform may provide another key advantage for the Motorola tablet over the Apple iPad because it offers full support for Adobe Flash. The Apple iPad is a fairly good browsing experience but you do miss out when you don’t have Flash. For example, a ton of restaurant sites still operate mainly in Flash and while that’s slowly changing, the full Internet means having support for Adobe’s web technology.

There’s no word on when this devices should hit or for how much but the clock is ticking because the Apple iPad is already a hit. If Google, Motorola and Verizon can push this Android tablet out quickly with a large marketing campaign and a sub-$400 price tag, it could be a large hit. If the companies wait too long, we may already see the next generation of the Apple iPad with a camera and FaceTime.

Just got some hot tips that the Motorola Android tablet will be powered by the NVIDIA Tegra2 processor and that the company is waiting for Android 3.0, or Gingerbread, before it launches. The new Android is supposed to have a lot of new goodies like a revised user interface and streaming music capabilities which should make it ideal for a tablet. We’re hearing an October-ish launch time for the OS and the Motorola tablet should hit retail shortly after.

You bet your sweet bippy we’ll keep an eye on this.

[Via The Financial Times]