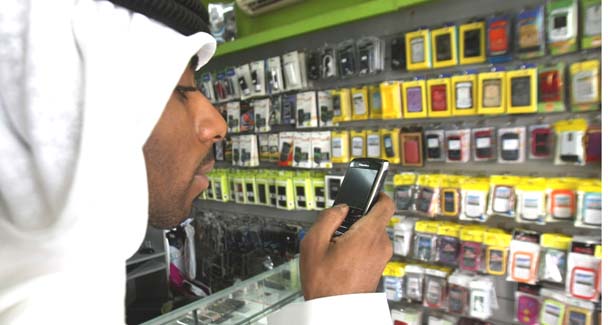 Earlier this week, the United Arab Emirates announced that they were going to ban BlackBerry service for browsing, e-mail, and BBM by October, and there was a hint that Saudi Arabia would follow suit. Not only are the Saudis going to implement the same ban, but it’s going into effect this Saturday, August 7. Apparently the three local carriers (Zain, STC, and Mobily) have had three months leading up to Saturday to work with RIM to meet regulatory standards, and have clearly failed to find a solution.

Although the Saudi Communication and Information Technology Commission’s statement doesn’t say as much, odds are good that they have the same problem that the UAE did: messages sent to and from BlackBerrys are encrypted in a way that government agencies can’t eavesdrop. RIM has stood fast that they do their best to comply with regulatory requirements while providing the utmost security to their customers.

On that note, there are reports that Kuwait isn’t quite instituting a ban on BlackBerry service, but they are apparently making progress towards getting RIM to block 3,000 porn sites from mobile access. Security was also a concern, but seems secondary to blocking adult content. Supposedly, Research In Motion asked for until the end of the year to implement this block, but in response to the report, RIM issued a statement that they approach all governments with the same standard, and none of them get the magic keys to snoop on BlackBerry messages, since even RIM doesn’t have any. Here’s the full statement.

RIM has spent over a decade building a very strong security architecture to meet our enterprise customers’ strict security requirements around the world. It is a solution that we are very proud of, and it has helped us become the number one choice for enterprises and governments. In recent days there has been a range of commentary, speculation, and misrepresentation regarding this solution and we want to take the opportunity to set the record straight.

There is only one BlackBerry enterprise solution available to our customers around the world and it remains unchanged in all of the markets we operate in. RIM cooperates with all governments with a consistent standard and the same degree of respect. Any claims that we provide, or have ever provided, something unique to the government of one country that we have not offered to the governments of all countries, are unfounded.

The BlackBerry enterprise solution was designed to preclude RIM, or any third party, from reading encrypted information under any circumstances since RIM does not store or have access to the encrypted data.  RIM cannot accommodate any request for a copy of a customer’s encryption key, since at no time does RIM, or any wireless network operator or any third party, ever possess a copy of the key.  This means that customers of the BlackBerry enterprise solution can maintain confidence in the integrity of the security architecture without fear of compromise.

[via Globe and Mail, SPA, pic]