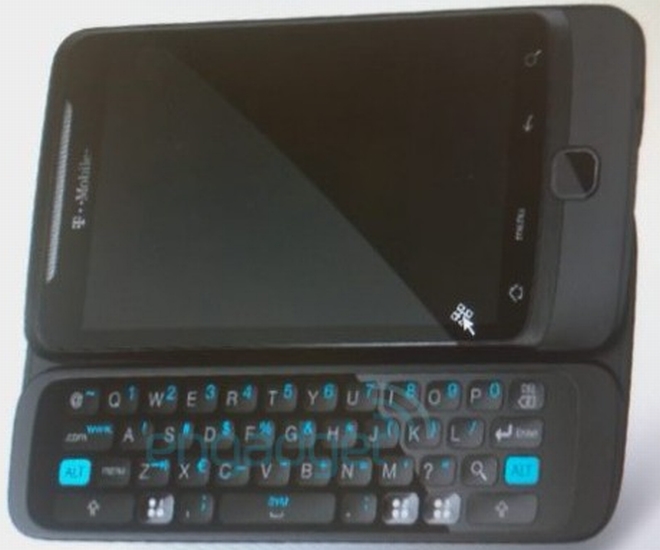 The HTC Vanguard, which has also been going under the names “G1 Blaze“, “Vision”, and now more recently “Glacier” has been benchmarked prior to going live on the T-Mobile HSPA+ network and it’s quite the speed demon. When compared to the iPhone 4 and Samsung Galaxy S, two of the fastest mobile phones on the market right now both in terms of CPU and GPU performance, the Glacier scores up to 50% higher across a series of tests. Alien Babel Tech, who discovered the benchmark results, noted that they only stayed on the site for a short while before being pulled down. The guy who submitted the benchmarks in the first place was Mike Bibik, a Senior Interaction Designer for T-Mobile according to his LinkedIn profile.

All we know is that a faster CPU helps us render websites on our phones faster, and a faster GPU lets mobile phone manufacturers get crazy when it comes to creating the user experience for next generation mobile operating systems. We’d take both, and battery life shouldn’t be too much of a concern since these chips are made out of 45 nanometer transistors and will soon go even smaller. I’m betting that thanks to Apple and their introduction of the microSIM with the iPhone 4, we’ll see a lot of smartphones hitting the market next year that use the newer and smaller SIM format in order to fit ever larger batteries inside.

Expect this device to be announced next month. Price? No freaking clue, but note that it’s going to be a flagship and thus priced at a level where your wallet starts weeping tears. I’m personally more interested in the fact that this thing is going to have an HSPA+ radio inside. T-Mobile is still in the process of rolling out their 21 Mbps network, but early results have proved extremely promising in terms of bandwidth. Close to 10 Mbps is achievable. Having that kind of pipe in your pocket is ridiculous.

Oh and as for the OS, it’s Android of course.