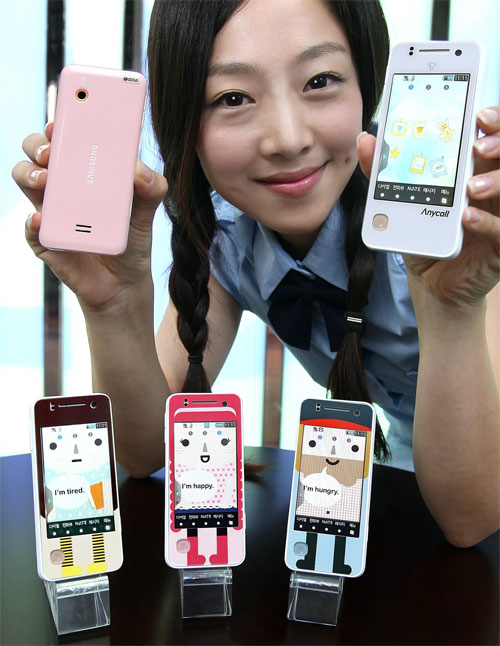 Samsung keeps launching new touchscreen phones around the world. Their latest device is called Nori (SHW-A220) and it has been unveiled in South Korea.

What’s more, the Nori comes with eight unique character adhesive films that help to create a personalized identity. It’s obvious young folks will like this phone (or at least Samsung hopes so), hence there’s also the social networking integration for keeping up with your buddies while on the go.

The Samsung Nori is available in few colors — including Biege, Pink and Blue — for 600,000 won (about $511). I wonder whether there are plans to export this baby outside of Korean peninsula…

LG definitely likes what Samsung is doing with its Cookie series, thus they're launching a series of their own called...