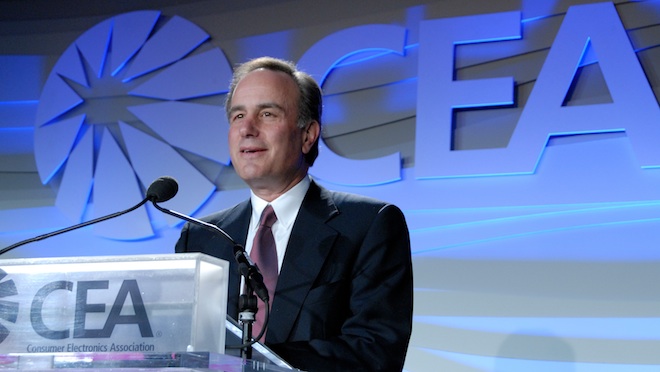 Hot off the news that Verizon CEO Ivan Seidenberg is going to deliver the opening CTIA 2010 keynote, today we’re finding out that this cool cat is also going to be headlining CES 2011. Now CTIA, compared to CES, is like comparing a YouTube video of a scantily dressed, mildly mentally deficient, High School girl shaking her ass to the latest pop song, to a strip club in Moscow filled to the brim with former models. It’s not that we don’t like CTIA, personally I’ve never been, but the only real important wireless show of the year takes places in Barcelona at Mobile World Congress. CTIA is the “oh look at all those fancy European devices that we’re now going to import, install out custom software on, and name differently for each and every operator so we can confuse consumers” type of show while Mobile World Congress is the “let’s push what we as an industry can do by showing off stuff that’s at least 6 months out and in some cases even longer” type of exhibition.

But back to CES. I’ve sworn off that show after going to it 5 or 6 times. It’s crowded, there’s no general theme, getting around town to make your press meetings is ridiculous, and while yes, you do get to party on someone else’s public relations dime … is it really worth the stress? Yea, you get to see the latest stuff before everyone else does, but it’s only for a few minutes and it’s usually while standing next to someone who weighs half as much as your car and breathes heavily while waiting behind you, then after a few minutes said man taps your shoulder with his sweaty fingers and mumbles something about how it’s his turn to play with the latest gadget while crumbs from the donut he’s eating turn into projectiles aimed at your dignity that hit the front of your body.

Bitter? Maybe, but hey, you need someone like me who sets the bar so ridiculously high as to not recommend anything less.