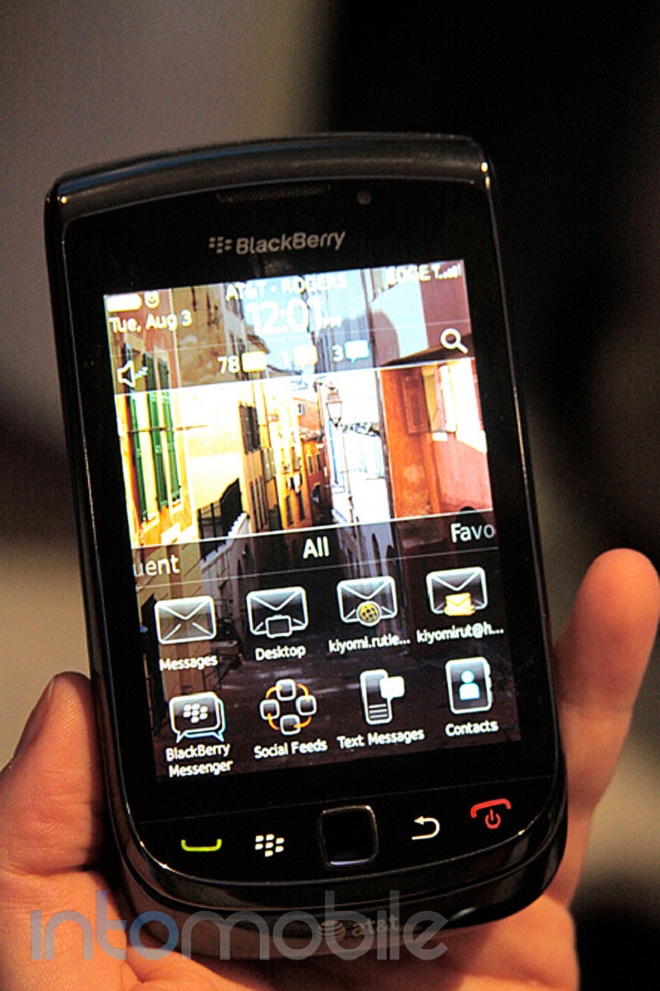 Research In Motion dominated the headlines this weak but not all of it was good news. The company unveiled its first slider with the BlackBerry Torch but RIM is also facing some potential bans in lucrative markets. The Apple iPhone 4 has been jailbroken with a simple website and Android is growing strong as Froyo is spilling out all over the place. We also took a look at handset with that little, green robot, as we reviewed the Sony Xperia X10 Mini and Pro, as well as the HTC Aria on AT&T.

So, let’s stop futzing around and dive into this week in mobile news.

The BlackBerry Torch is here 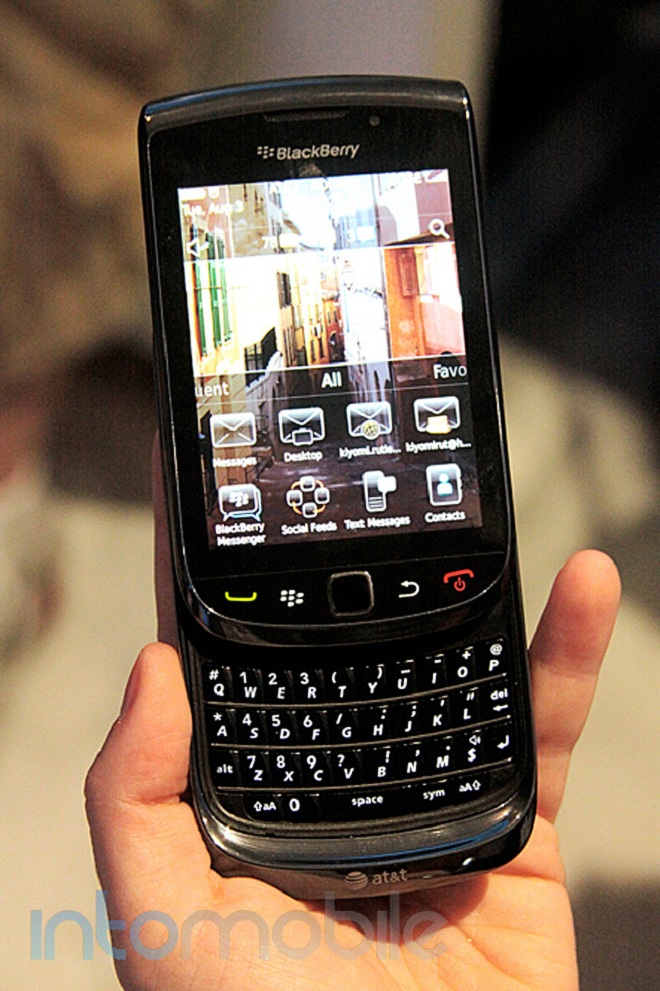 RIM unveiled the BlackBerry Torch for AT&T this week and it was full of firsts. This is the first BlackBerry with a sliding form factor and the first to sport the new BlackBerry 6 operating system.

As for the specs, the BlackBerry 6 has a 3.2-inch touchscreen with a slide-out QWERTY keyboard. RIM fans know that keyboard will rock but some may be disappointed that the screen is only 480×360 pixels.

The processor may be considered underpowered in the land of 1 GHz Snapdragon devices like the EVO 4G, but RIM knows how to eek out the most power from its machines. It also includes WiFI (802.11n too!), GPS, Bluetooth, 3G, a 5-megapixel camera and the ability to sync your tunes over WiFi.

The most interesting thing may be BlackBerry 6, as it packs a new Webkit-based browser, a revamped interface for touch input and much more. RIM said this OS will bring its platform into the modern age with the iOS and Android competitors.

We had some hands-on time with the device and believed it felt well-build and solidly-constructed. The screen is nowhere near as pretty as the iPhone 4 or Galaxy S devices, but it was responsive to touch. The new OS was zippy enough but we didn’t get to fully put it through the paces to give a yes or no vote.

Is this enough to match up with the current slew of superphones? We have a unit on its way to our BlackBerry fiend Simon, so be on the lookout for a fantastic review early next week. For reals, it will be an epic review.

In the meanwhile, check out our hands-on video of the BlackBerry Torch 9800 on AT&T. 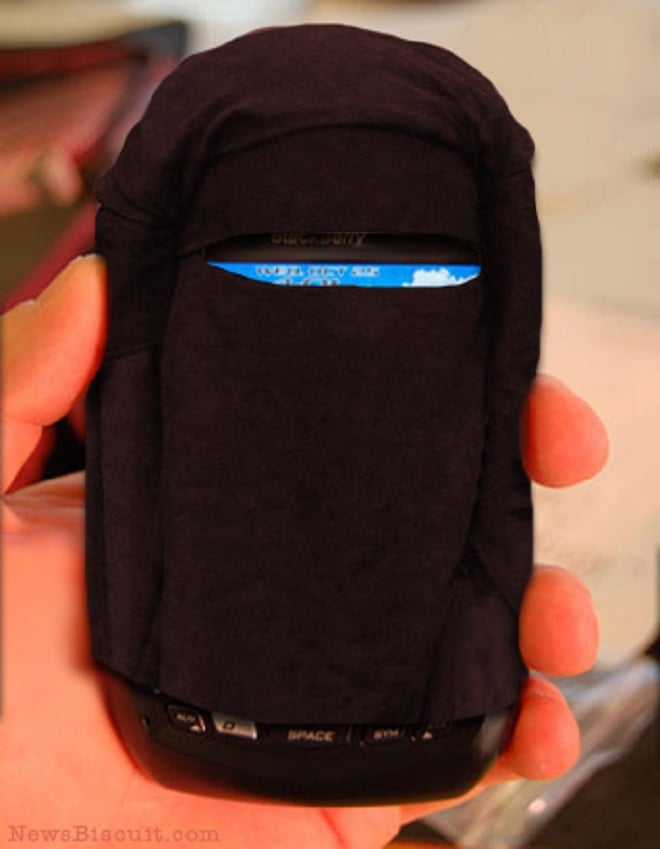 RIM’s claim to fame, and why it has been so successful with businesses, is that the data transmitted on its devices are super-duper secure. So secure and encrypted that even RIM supposedly can’t take a look at that data. But it may be punished for being too secure, as a growing number of countries are mulling a ban unless it can get access to users’ data.

The list includes Saudi Arabia, the UAE, Indonesia, India, Lebanon and more. Primarily, these countries express concern that the untraceable nature of these devices could lead to nefarious activities like terrorism. Of course, the encryption of the BlackBerry also means these governments can’t monitor and spy on its citizens, which really sticks in its respective craws.

RIM is working on some compromises but the actual encryption of the device’s data cannot be exposed, the company said. Its CEO has even fired back:

“Everything on the Internet is encrypted. This is not a BlackBerry-only issue. If they can’t deal with the Internet, they should shut it off. … We have dealt with this before. This will get resolved. And it will get resolved if there is a chance for rational discussion. … We are going to continue to work with them to make sure they understand the reality of the Internet. A lot of these people don’t have Ph.Ds, and they don’t have a degree in computer science.”

It’s a thorny issue that may not be resolved any time soon but if these countries want to remain or become economic hubs of the world they have to support BlackBerry. Yeah, the iPhone and Android are making its way into corporations but, around the globe, BlackBerry means business.

Android going strong – Froyo for all!

If there’s any doubt that Google Android is going to be a success, you should get that notion right out of your mind. Google CEO Eric Schmidt said the company was activating 200,000 Android devices every day.

That’s phenomenal for a few reasons, as the company said it was activating 100,000 units per day in May and then 160,000 a about a month ago. That steady growth can be attributed to devices like the Motorola Droid X. Android even topped the U.S. sales chart for the quarter for the first time, displacing RIM and Apple.

Android devices are getting better too, as companies are rolling out the 2.2, or Froyo, software update. The EVO 4G was the first to get it earlier this week, followed by the Motorola Droid, and we’re hearing word that Droid X could get an official update in early September. Yum. 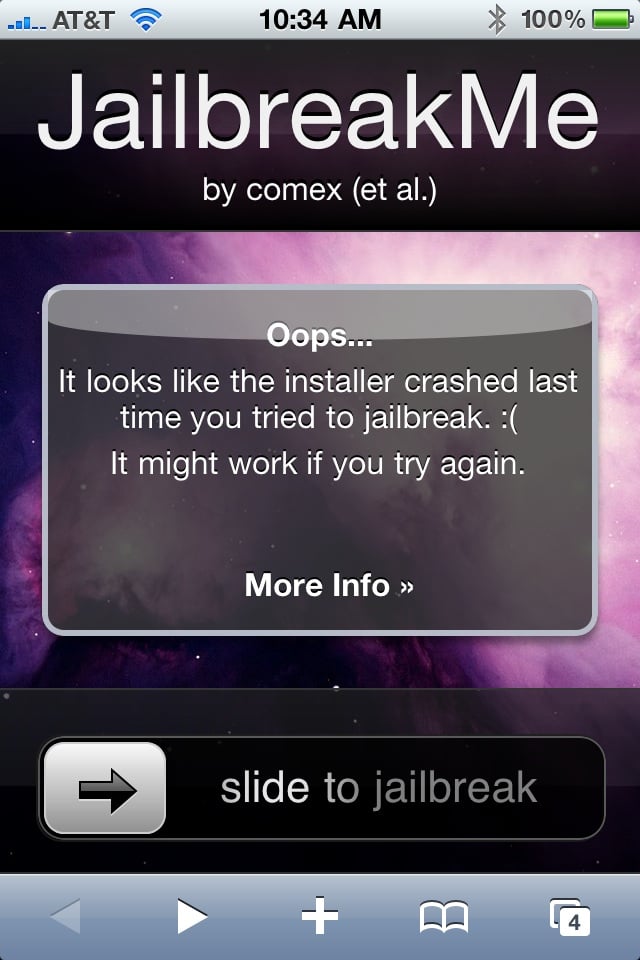 The website jailbreakme.com enabled Apple iPhone and iPod Touch owners to jailbreak their device by merely visiting a website. A few clicks of the browser could open up your Apple iPhone to a plethora of non-App Store apps like ones enabling free tethering. Cool beans, right?

Well, yes and no. The method which enabled the jailbreak was actually a vulnerability which could enable malicious hackers to install malicious code on your device when you view a PDF. The jailbreakme team aren’t that those types of hackers but mirror sites could take advantage of this exploit to control iDevices.

Apple is reportedly readying a fix for this vulnerability but jailbreakers should at least change their root passwords. 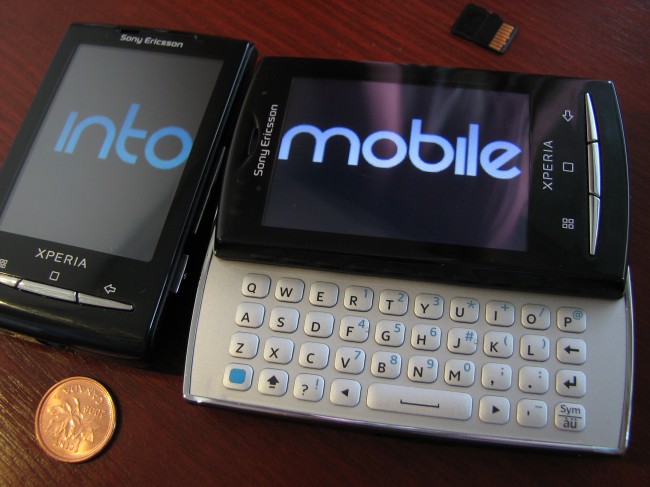 Simon took a thorough look at the Sony Ericsson Xperia X10 Mini and Mini Pro and the Android smartphones were an interesting mix of features and a small form factor. These devices pack highly-pocketable designs, but are the tradeoffs worth it?

According to our review:

So who should pick up the X10 Mini or Mini Pro? Light smartphone users who are primarily interested in something fashionable that can take good pictures, and handle messaging in a pinch. Hardcore users will likely be left unsatisfied with the smaller screen, weak battery life, and older operating system, but casual users won’t notice or care.

Check out our video below for more details.

Not walking on sunshine

It was a long, wild week, friends and I don’t know about you, but I’m ready for the weekend. IntoMobile is like the Terminator though, as we won’t stop delivering hot mobile news just because it’s the weekend, so tune in over the next few days. Follow us on Twitter (@IntoMobile) and Facebook and feel free to follow me, too (@marinperez).

Even with Android 2.2 Froyo on its way to Motorola Droid owners this week, it looks like Droid users are...