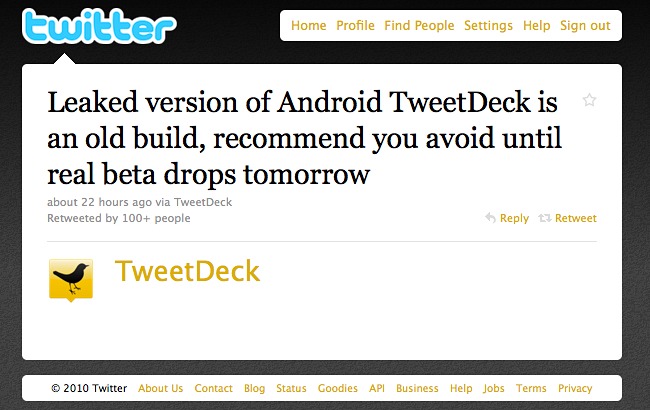 We’re not seeing it in the Android Market just yet, but give it some time. For now, you still have Seemic or Twitter for Android to hold you over. Pretty soon you’ll be tweeting about your lunches, random thoughts about how Mad Men is so much like your own life and wishing everyone a good night on the latest for Twitter app for Android. You iPhone users, well, I don’t need to remind you that it’s already available for your platform.

[Update]
The application is not available in Android Market and details and instructions on downloading and installing the app have been made available on the TweetDeck blog.

One of my most beloved TV stations, The Golf Channel, has just let me know that they've launched a new...