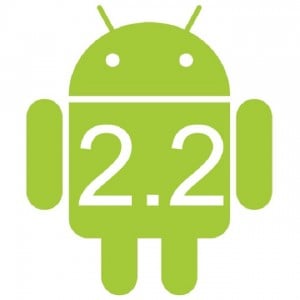 Good news if you’re one of the few, lucky Verizon users who were able to buy the HTC Droid Incredible, as we’re hearing that Android 2.2, or Froyo, will be hitting the device next week.

The news comes from our friends at Mashable, who say the over-the-air upgrade will start rolling out August 18. As we’ve seen with the Motorola Droid Android 2.2. roll out, Verizon likes to roll out a small upgrade batch first, then push it to the masses.

The Verizon HTC Droid Incredible will greatly benefit from Android 2.2 because it brings a host of of new improvements like a faster browser and improved overall performance. We looked at all the new features of Android 2.2 a little while ago, check out the post here.

The device has kind of taken a back seat to devices like the Apple iPhone 4 and Android superphones like the EVO 4G, Motorola Droid X and the Samsung Galaxy S devices. It’s kind of a shame, too, because the smartphone is quite, well, incredible.

In our review, we said:

Overall, the Verizon Droid Incredible is a great Android phone. It’s got the hardware chops to take on the best of the best. It’s light on its feet and handles most tasks – UI, maps, apps, videos – with ease. HTC Sense makes everything better. We like the design. We like the specs. Despite it’s drawbacks, we really like the Incredible. So, if you need to qualify that with a one word adjective, sure, it’s “incredible.”

Part of the problem is that HTC wasn’t able to keep the device on the shelves due to AMOLED shortages. This led to multiple delays of the Droid Incredible and Verizon even let users buy Motorola’s superphone instead.

HTC had to dump Samsung as a supplier in favor of Sony in order to bulk up on supply.

The Motorola Droid 2 campaign has officially begun, and we have a new TV spot for you. It looks like...