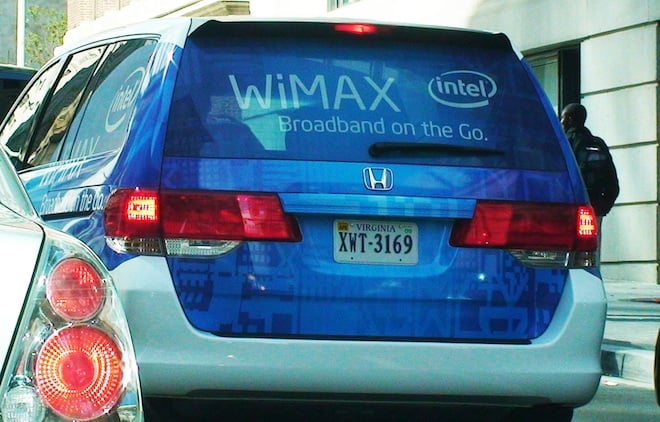 On numerous occasions we’ve called out WiMAX, not for being an inferior technology, but for battling against a competing standard, LTE, for no apparent reason. WiMAX fanbois, and yes they do exist, have insulted us for taking this stance, but today we get a little support from a little publication you might have heard about.

The Financial Times yesterday shot out a warning to Intel, saying the $1.2 billion it’s already invested in WiMAX operators has been a complete waste of money. Sprint, the world’s largest WiMAX operator, has confirmed that they’re testing LTE equipment. In India, where auctions recently completed for spectrum to deploy mobile broadband, operators have decided to go with LTE. Freedom4, a British WiMAX operator, sold off their assets in June. Yota, a Russian WiMAX operator deployed in 5 cities with over 600,000 customers, has said that they’re switching to LTE. Intel themselves shut down their WiMAX cheerleading office in Taiwan and every week I get at least 1 email asking me what’s up with their rumored acquisition of Infineon’s wireless unit.

So I stand before you again, laughing at WiMAX and declaring it a dead technology, and ask you … well there is nothing to really ask you now is there? As consumers you don’t get to call up your local operators and demand that they upgrade to HSPA+, WiMAX or LTE. You just have to take what they give. But think about this: How much time and money and research could have been saved if Intel didn’t fill operator’s minds with illusions of cities blanketed with a WiFi like technology?

The industry’s love affair with LTE isn’t that great either. For whatever reason, when the technology became a standard it didn’t include voice or SMS functionality. LTE was meant to be purely for data. How will that technical decision impact operator roll out? I’ve already heard from multiple sources that in countries where bandwidth and spectrum are less of a problem than in the United States, operators are going to deploy HSPA+ and simply wait for LTE-A, better known as LTE-Advanced.

Whatever timelines you may hear, just ask yourself this, is the 1 or 2 megabits per second you have now really that bad?

They say the sequel is never as good as the original but that trope doesn't apply to tech and the...