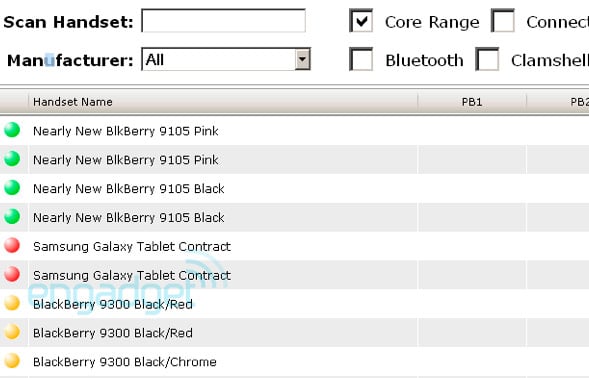 Slightly in advance of its rumored IFA debut, Samsung’s Galaxy S tablet has made its appearance within the inventory system of Vodafone UK. While the debut is not a lock that the carrier will offer the Samsung Tab on contract ,its appearance is a good sign for Vodafone customers interested in this Android-powered tablet device.

The timing of this entry is apropos as the tablet is rumored to launch at IFA in the first week of September. With its official unveiling potentially only a few weeks away, it makes sense that launch partners are preparing for this early September date. It will be interesting to see if this tablet appears in the inventory of any other European wireless carriers during these intervening weeks.

Another rumor hitting the rumor mill suggests the Samsung tablet may debut with a slower 1GHz hummingbird processor and not the faster 1.2GHz Cortex A8 processor as previously rumored. This detail was uncovered by Samsung Firmwares which claims to have a leaked European Android 2.2 build for the Samsung Galaxy Tab P1000. Details within the build reveal that the Galaxy Tab will have a 1.0GHz ARM11 Core S5PC110 processor, the same Hummingbird processor inside the Galaxy S and a 7-inch display with a 800×480 resolution.

The build also hints at the presence of a 3.2-megapixel rear-facing camera, a low resolution front-facing camera, Swype, Flash support, bluetooth, WiFi, and GPS. We look forward to IFA and Samsung’s official unveiling of this highly anticipated tablet.  Fro those who are counting the days, that is less than three weeks away!

[via Engadget and Samsung Firmwares]

Samsung announced SHW-A210S for South Korea. The device which we can call Monte for Korea comes with a 3-inch touchscreen,...