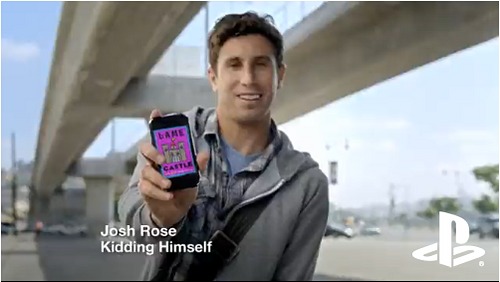 There’s no doubt that Apple has some hot games in its iTunes app market, and it has even taken some jabs at the Sony PSP and Nintendo DS. Oh, but Apple, these companies are dedicating gaming folks and you’re stepping a little out of your league. Sure, you might have other mobile platforms beat in the gaming department, but come on!

Sony decided to answer the call and take Apple to school with the following ad:

Pretty funny there, Sony. But it’s true: mobile games on the iPhone can’t ever really match up with those on the PSP despite having less games than the iPhone. Angry Birds is fun and all, but I’d much rather be blowin’ stuff up on Metal Gear Solid. Maybe that’s just me.

Microblogging service Tumblr is expanding on its BlackBerry and iPhone apps, having quietly released one in the Android Market today....