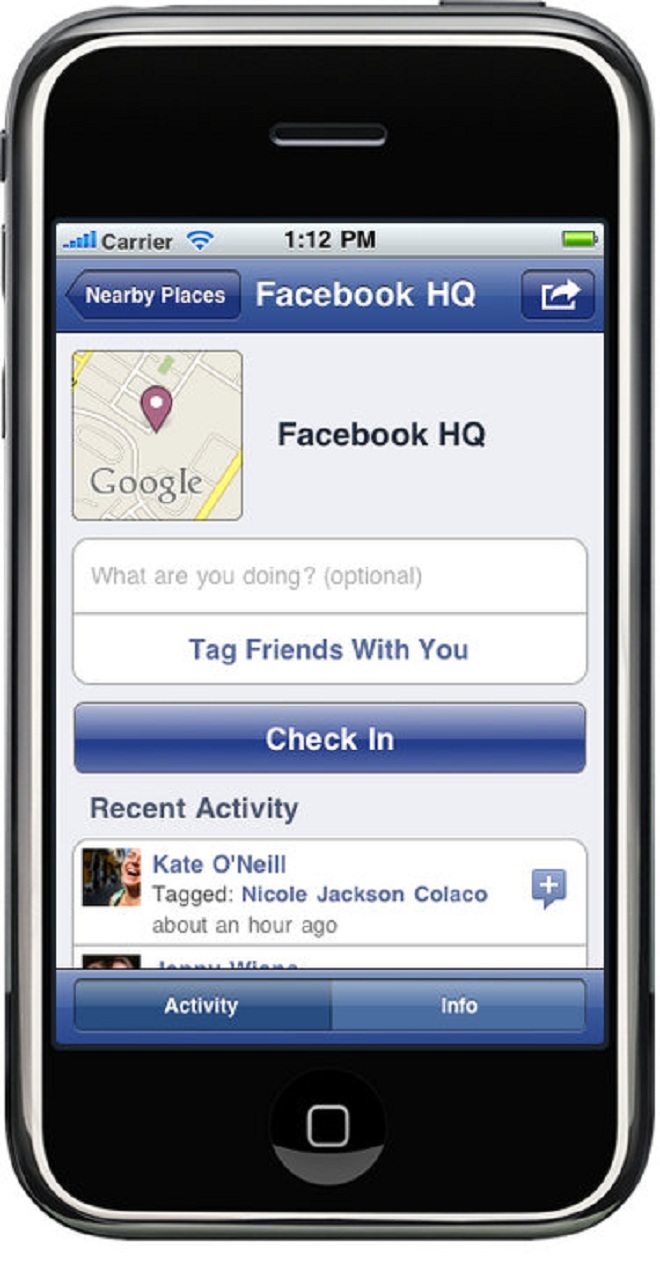 We had been hearing rumblings this would happen for a while but the world’s largest social network finally introduced its location-sharing service with Facebook Places.

During the press conference, Facebook CEO Mark Zuckerberg said there are three major goals of this new service: help you share where you are in a fun and social way, see who’s around you and discover new places around you. The company believes the location services will be a powerful new addition to the world’s largest social network.

Facebook Places will be available on the touch-enabled mobile site for advanced smartphones with geolocation and HTML5 support and it will be included in the new version of the Facebook Apple iPhone app, which should be released later tonight. The company will be rolling it out in the United States first but we’ve yet to see it in our browsers.

If you’re not in the United States you’ll still be able to see where your friends have checked in but you won’t be able to check in. The company said Android and BlackBerry versions are in the works but didn’t give a timetable.

As expected, you’ll be able to use Facebook Places to check-in to places and when you do, it creates a new item on that Places page. You’ll also be able to tag friends that are with you when you check in – this will show up on your wall, on the Places activity page and on your friends’ page. Like the other check-in apps, you’ll be able to leave comments and photos on locations.

Of course, privacy is always a concern when it comes with anything Facebook, particularly with location. The company talked about its privacy controls and said the default for Facebook Places will be for it to share only with your friends and you’ll be able to get granular settings of who sees this.

Additionally, you’ll only be able to tag your friends when you check in and you’re always notified when you’re tagged. You can also opt out of being tagged for this location service by going into your privacy settings.

While check-in services like Foursquare and Gowalla have been gaining some traction both are puny compared to the size of the social networkand its 500 million users. This move could vault location-based services to the mainstream in a relatively short amount of time.

This new location service won’t necessarily crush third-parties because there will be an API for app makers. In fact, representatives from Gowalla talked about some of the integration and said that the experience for its users will remain largely the same but it will be “so much richer.” Foursquare was also on stage and said it will also bolster the experience. Developers can go here to check out the API.

You got to love competition. One day after Yahoo revamped its iPad web Mail app, Google has introduced a new...