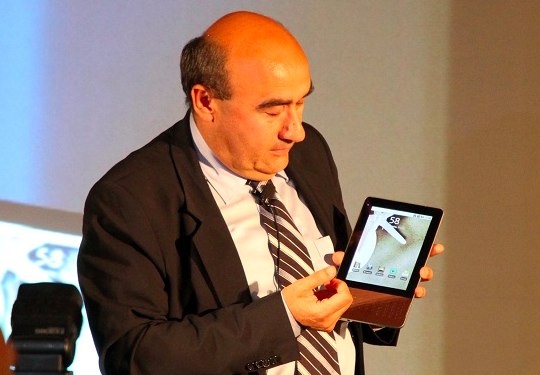 Acer is rumored to be developing one, possibly even two Android-based tablets slated for launch later this year. According to a rumor out of Digitimes, those plans may have been derailed by the company’s decision to forgo version 2.2 and wait for Android 3.0.

If this rumor is to be believed (and that is a big “if” considering the spotty track record of the source), then the Taiwanese company may be looking to distinguish itself from the competition by bringing its device to the market as one of Android’s first 3.0-powered tablets and not one of the many 2.2-powered slates expected to drop by the end of the year.

Its a risky move for the up and coming mobile device manufacturer which is hinging the release of this device on the timely launch of Android 3.0 by Google. An extended development period for the next generation of this mobile OS could prove costly to Acer as it risks falling behind in its hardware design if it is unable to launch the device(s) until late Q1 or early Q2 2011. Just ask Sony Ericsson or Nokia how well their late-to-market mobile devices have performed and we are sure they will say “not so well”.

Acer should follow the lead of Motorola and Samsung which are apparently pushing forward with their Android 2.x tablet offerings. Acer, thus far, has a pretty good track mobile track record so let’s hope they can keep up this reputation by getting its tablet devices out the door and into the hands of consumers as soon as possible. Launching with version 2.2 is not so bad, it gives Acer the opportunity to boast that it has the first Android 3.0 update, which is nearly as valuable as having the first 3.0 tablet, no?