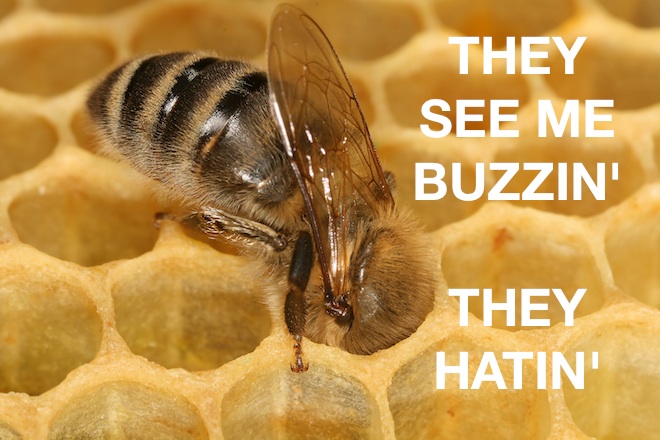 Google uses the names of desserts to reference different versions of their mobile operating system, and their next release after Android 3.0, code named Gingerbread, has been discovered to be Honeycomb. Technically that’s not a dessert, but we’ll let that one slide since the only other sweet that starts with the letter H that we can think of is Hazelnut. Having recently left rehab because of a case of Nutella addiction that left me divorced and homeless, Honeycomb will suffice.

Unlike Gingerbread, which is supposed to take Android 2.2 [also known as FroYo, short for Frozen Yoghurt] all the way up to version 3.0 and promises to include a radically new user interface that takes full advantage of the advanced graphics rendering capabilities in upcoming smartphones, Honeycomb is supposed to be to Gingerbread what FroYo was to Éclair, also known as version 2.1.

In short Honeycomb is nothing more than a point release. Not even knowing what Android 3.0 has, it’s hard to predict what Honeycomb will feature. TechRadar, which discovered the new name after talking to several sources, contacted Google for a comment and unsurprisingly their request for further information was turned down.

Some say that future 3.X releases will be tiered towards high end smartphones and tablet like devices, while 2.X will live on in the low to mid range of devices. Frankly, I don’t buy that. I think Google’s Chrome OS will be what powers tablets and that Android 3.0 will eventually trickle down into manufacteres midrange portfolios.

What say you loyal IntoMobile readers, do you even care about this news, are you still waiting for your device to get Android 2.2, do you want to see Android 3.0 already, or are you waiting for a Windows Phone 7 devices to see if Microsoft’s got her groove back?

A penny for your thoughts in the comments below.

The Nokia N9, a device that we've been hearing about for a while, but haven't seen up close and personal...