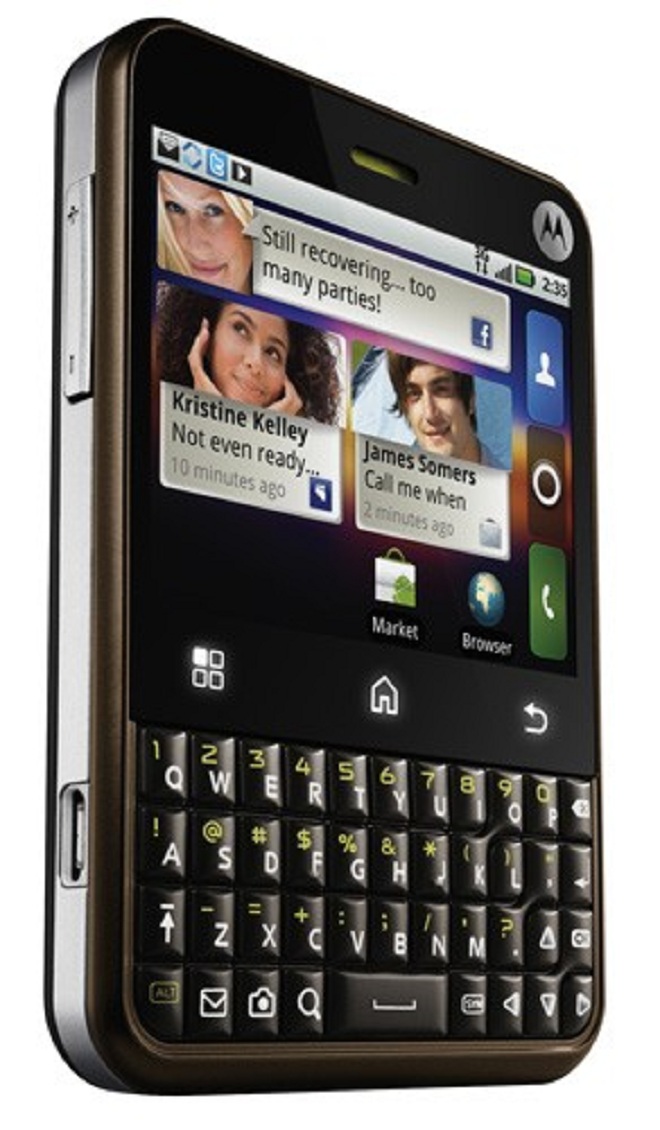 It looks like our earlier rumors were right, as the Motorola Charm with Android is expected to hit T-Mobile August 25 for about $75 with a new, two-year contract.

We had previously heard that the Motorola Charm would be free on contract and that seemed like a really good deal. The company confirmed on its Facebook page that the device will launch with a $74.99 with a new, two-year contract.

The sub-$100 price tag isn’t that bad, really, but you have to wonder how much this device will sell when you can get the superb Samsung Vibrant on T-Mobile for a penny on Amazon. Still, the Motorola Charm could be an appealing device for text-happy users because it has a full QWERTY keyboard. As far as I know, it will be the first portrait QWERTY Android device that will hit the United States but it definitely won’t be the last.

Motorola seems bent on making funky form factors and the Charm is a small device that’s powered by Android 2.1. That form factor comes with a trade-off though, as you’ll only have a 2.8-inch touch screen that has a 320 x 240 resolution. The Motorola Charm also sports WiFi, 3G, Bluetooth and other goodies.

The handset will have Motorola’s MotoBlur user interface on top and let’s hope that it’s the toned-down version that’s on the Droid X. I think MotoBlur is slowly getting better but it’s still rather useless for what I need. Luckily, the company said it will no longer push this down our throats and will instead have it be a subtle differentiator on future devices.

We were also able to find some video of the version that will hit Telus soon and you can check it out below. Are any of you excited about this device? Does the small form factor appeal to you?

Acer to delay its tablet while it waits for Android 3.0

Acer is rumored to be developing one, possibly even two Android-based tablets slated for launch later this year. According to...