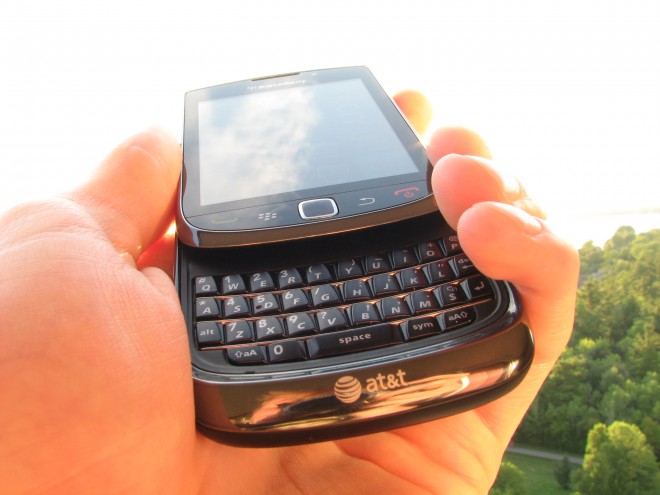 Since I only had the BlackBerry Torch 9800 for a little over a day for my review, and given how important the device is to RIM’s future, it seems prudent to update some of my impressions. My generally positive conclusions have shriveled up a bit since loading up the Torch 9800 with apps and getting used to it as a daily driver for a week. That’s not to say the Torch has gone bad, but the novelty has certainly worn off.

My biggest complaint is the inconsistent performance of the notification bar. As the first point of contact when you get a new e-mail, Twitter mention, or phone call, I expected RIM would have polished notifications to a reflective shine, but I’ve found that even when the icon shows up on the bar, the link to the notification’s respective app doesn’t always show up in the drop-down menu. It doesn’t fail 100% of the time, but it works properly about as often as it doesn’t.

A lot of the native apps have been nicely streamlined with software buttons along the bottom, offering access to common commands. For example, Tasks lets you mark items complete with one touch (no need to click through, or go into a menu), or adding an appointment in the Calendar, or saving favourites in Files. The idea is carried throughout many native apps, and provides even more convenience than the short menus that pop up from clicking the trackpad.

The Contacts app shows recent activity history at the bottom of the entry, including text messages, status updates, calls, and the like. This can be really handy, since you’re usually looking someone up in your address book for something specific, and that recent activity can provide a direct link to references you need. A particularly great address book link is Twitter, which had yet to pair with local contacts as instant messaging apps (like Google Talk, AIM, and BBM) have done. There were some irregularities sending direct messages from a contact, but nothing the next patch won’t fix. Importing Google contacts through the utility built into BlackBerry Internet Service didn’t work especially well, as it just piled up all of the home/business address into one field, rather than dispersing them into respective fields (street, city, postal code, etc.).

After loading up all of my usual apps, it didn’t take long for that familiar hourglass to pop up again, forcing me to not do what I wanted because my BlackBerry has some tidying up to do around the place. Given, on my Bold 9000 this problem is a little more chronic, but it’s still disheartening to see it reappear on the Torch 9800. One would hope that as a brand new generation of software, glaringly obvious problems like that would have been stomped out. On top of the browser being especially taxing on the 624 MHz processor, I’ve found that things also slow to a crawl when streaming music over Bluetooth. Again, I hope these are problems that a simple firmware update will fix, maybe around the same time the 9700 gets OS 6, or when the 9780 launches.

I still love universal search, and it’s the one hook that has me digging BlackBerry 6, but there are a few gaps. Although it includes the Music app, I’d like universal search to include albums, artists, and playlists, on top of searching individual tracks. Social Feeds and even the dedicated social networking apps should also plug into universal search, not necessarily to look for entries, but to launch into a status update. Being able to start typing from a dead stop and then updating multiple social networks with one press would be pretty sweet. 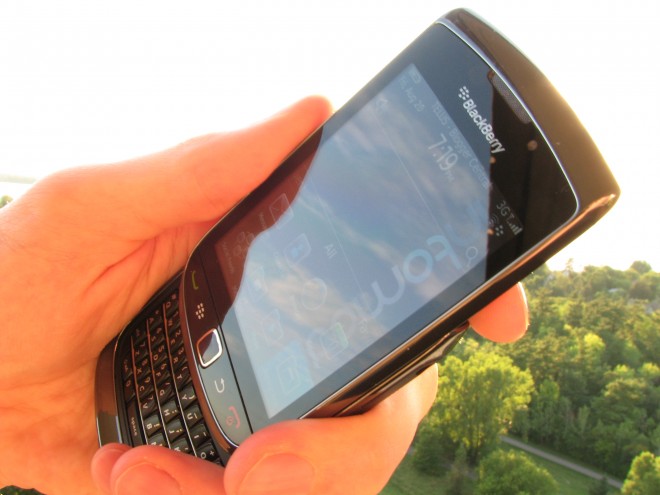 Speaking of Social Feeds, though it’s still not an app I’m especially inclined to use with all of the dedicated clients installed, if it could plug into the camera app and let you share pictures to multiple networks at once à la Pixelpipe, I might end up using it more often. Text status messages are a good start, in any case.

BlackBerry Maps are conspicuously absent from AT&T’s BlackBerry Torch 9800. You can pull it up when clicking through on maps in Foursquare or Twitter, but it seems like AT&T is more interested in pushing their premium Maps and Navigation app. It’s not that you necessarily miss BlackBerry Maps with Google Maps for Mobile kicking around, it’s just sad to see RIM sacrifice something they could actually do something interesting with (Latitude for BBM, anyone?) for the sake of placating a carrier partner.

As far as the hardware goes, little has changed. The Torch is terrible in the pocket, since the lock key is prone to getting pressed no matter which way it goes down. The slide is still pretty snappy though, and I find the optical trackpad does surprisingly well in direct sunlight. 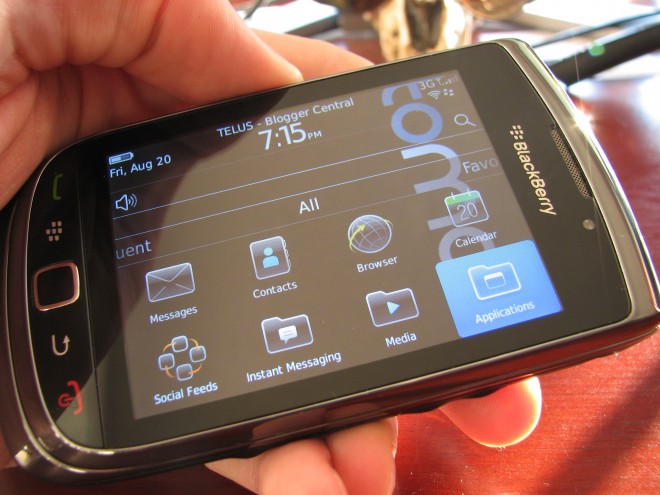 The main thing that has changed over the last week is that I’m less positive that I’ll upgrade to the Torch, especially with a year left on my contract. OS 6 software is coming to older, more affordable devices if I really have a hankering for it, and the fact that my two year old phone has the same screen resolution and processor power makes me think I can wait – I don’t really need more app memory or an upgraded camera that badly anyway. Who knows, maybe some clever hackers will shoehorn OS 6 into the Bold 9000, and lord knows some third party apps can give me the equivalent convenience of universal search. The Storm 3 (or something else from RIM) better totally blow me away by the time my contract expires, or it may be hard to avoid looking at Android.

I still hold my recommendations for those who are interested in buying a Torch 9800, but office monkeys who are chained to BlackBerry out of necessity will need to have a significantly older device to warrant an upgrade (something pre-9000), and only consumers new to smartphones who know that they live or die by e-mail should consider picking up the BlackBerry Torch over an iPhone or Android device; even then, if you’re willing to give up the immediacy of push everything, Android will probably treat you better.

If you haven’t had a chance, be sure to check out the bulk of our BlackBerry Torch 9800 review, complete with video and screenshots.

Getting a pre-paid BlackBerry has been a great option for many users since it does away with pesky contracts, and...