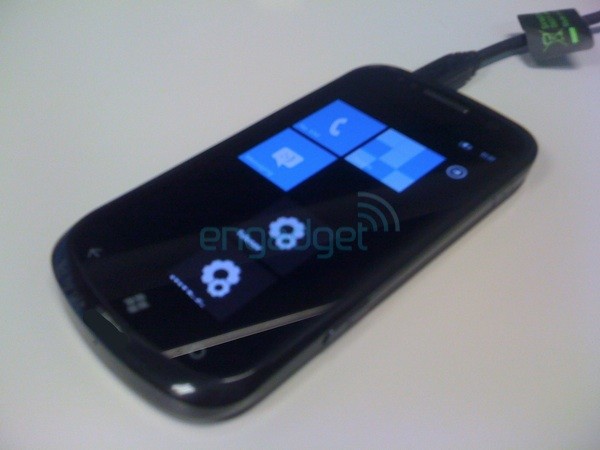 Spotted and shaped in recent FCC documents, the Samsung Cetus i917 has broken cover and revealed its glossy, black form to the world. The rounded handset features 850/1900MHz 3G connectivity and is said to be heading to AT&T with Windows Phone 7 on board.

Not surprisingly, the rumored hardware of the Samsung Cetus resembles its kissing cousin,the popular Galaxy S, with Windows Phone replacing Android as the underlying OS. As such, the Cetus is expected to include a 4-inch AMOLED (Super?) touchscreen, 5-megapixel camera, Wi-Fi 802.11n, Bluetooth 2.1, GPS, FM Radio and microSD expansion.

No word on a launch date but the Cetus is expected to debut when Windows Phone 7 officially launches later this year. The Cetus will not be alone when it hits the shelves as both LG and HTC have Windows Phone handsets in various stages of production. Anyone excited for the smartphone bonanza slated to hit this holiday season?

Apple shuts down Quattro to focus on iAd

It's not really much of a surprise, but Apple is in the process of shutting down the Quattro Wireless ad...