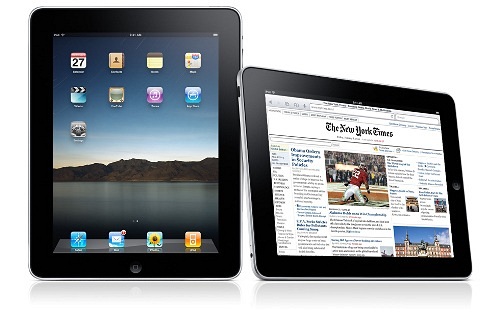 Back in early 2007, Steve Ballmer laughed out loud when asked about the iPhone and its potential as a business device. Ballmer said that not only was it the most expensive phone on the market, but that it wouldn’t appeal to business users because it didn’t have a keyboard. Fast forward three years later where the iPhone has completely overhauled the mobile space and Apple is at it again with the iPad.

When rumors of an iPad or Apple tablet started to surface, there were plenty of naysayers lauding netbooks, notebooks and smartphones saying there’s just absolutely no room for a tablet computer. It would be a niche device. Well, not only did Steve Jobs & Co. sell more iPad tablets than Steve Ballmer would have liked, but this “niche” device is now being adopted by the business market as a serious tool.

Business Insider notes a few key points in an article by the Wall Street Journal regarding the iPad’s gradual infiltration of the enterprise market:

500 business category applications just for the iPad. Half the Fortune 100 are testing or deploying iPads, to Apple’s surprise. And some companies even think they’ll issue iPads instead of laptops?
It’s a little early to be assuming that the iPad will become a staple in offices nation wide or even world wide, but if the iPhone is a good indicator of how Apple breaks into new markets, it’s quite possible that the wildly popular tablet computer will become a replacement for laptops, notebooks (the paper ones) and other portable work devices. Crazy.
[Via: Business Insider]
Share on Twitter Share on Facebook ( 0 shares )