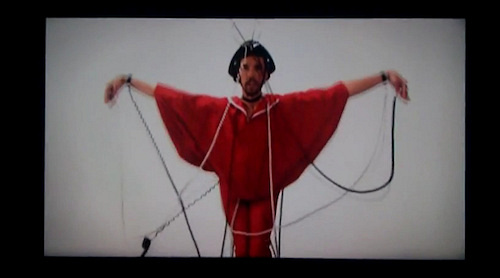 We’ve seen some pretty wild phone advertisements in our time, but this latest from Verizon seems to be a bit odd. The Motorola Droid X ad itself doesn’t seem to make much sense, but what’s worse is that it bears some similarity to the Abu Ghraib torture images we saw a few years ago. Is this just some slip up on Verizon’s part, or did the carrier’s marketing and advertising team decide to stir up a little controversy? Or did they just go through with the ad and watch the final product and say, “This looks so familiar, but why?” 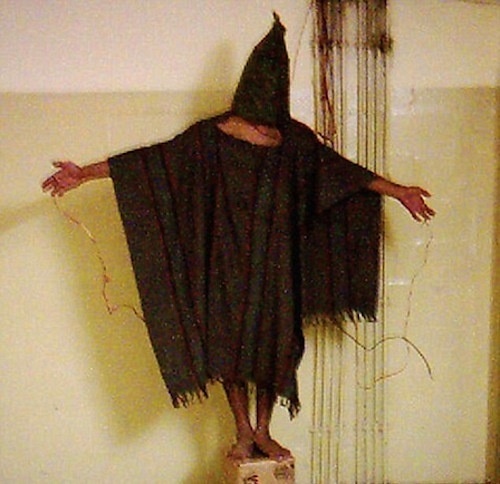 You decide for yourself, but the resemblance is pretty striking. The man in the commercial looks like he’s wearing a mock-up of the hood and cloak as seen in the Abu Ghraib torture pics, but in a prison-orange color instead. Nothing about the commercial makes sense, and if you really tried to defend it, the best anyone could do is probably to say that it represents being imprisoned by the wires of landline phones — and that really is a stretch. And the haiku?