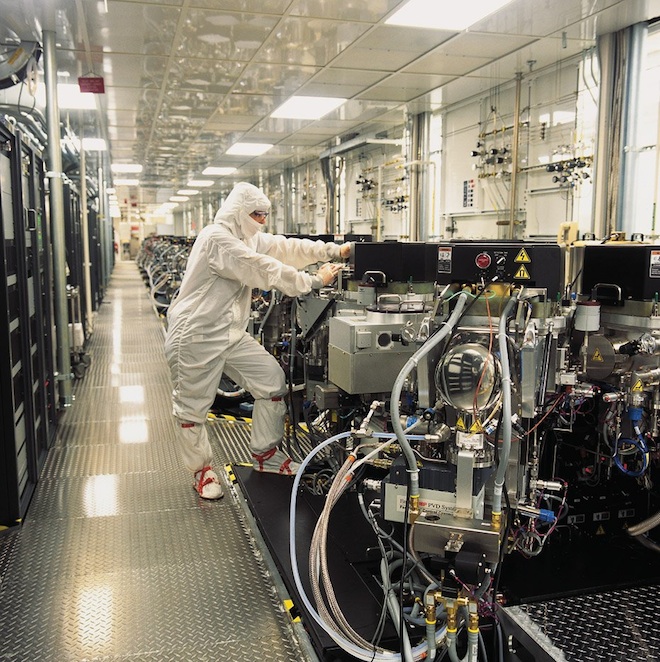 After months of speculation it’s finally official: Intel is purchasing Infineon’s wireless solutions unit for a cool $1.4 billion. The deal is expected to close in Q1 2011 and when it’s complete … boy oh boy things are going to be interesting to watch, because Intel has a shotgun aimed straight at ARM’s face.

With the purchase of Infineon’s wireless unit, Intel can now start selling chips with embedded cellular connectivity. This is huge, considering Intel invested an untold billions of dollars into WiMAX technology, only to see it fail with over 100 operators having committed to LTE as their technology of choice for offering mobile broadband. Intel would some day like to become Qualcomm, who with their Snapdragon platform sells an application processor, graphics processor, WiFi, GPS, Bluetooth, and cellular connectivity all in a neat integrated solution to OEMs who then slap Android on it and watch the money pour in.

Intel, with their Atom lineup of chips, is still having problems penetrating the mobile market. It isn’t because they’re a bad business partner, it’s just a matter of power consumption. ARM’s chips are not only cheaper and smaller than Intel’s, but they barely use any electricity. In today’s mobile phones the screen is the primary source of power consumption. If you built something based around the Atom chips shipping today then you would have to carry around an extra battery or two just to get by for a full working day.

How will competitors react to this move? Nokia and Intel have already become best friends, so the Finns will praise the move, especially since Nokia sold off their wireless modem unit to Japanese chip firm Renesas. ARM is going to stand tall and say that every mobile device on the market ships with their chips inside and that their business model is completely different than Intel’s who designs, manufactures, and then sells chips, whereas ARM simply licensees the blueprint to make their processors. Qualcomm may or may not shit a brick, it’s too soon to tell. Samsung … it’s tough to say. Samsung is in a very unique position since they make mobile phones, mobile application processors, mobile displays, mobile memory, memory cards, hell they make everything needed to make a mobile phone and not only that but they sell their components to everyone.

The full effects of this acquisition are not going to be felt for at least 2 to 3 years, and by then we’ll have ARM’s Eagle processor inside mobile phones, Qualcomm will create a Snapdragon processor than can cure cancer, and Nokia may or may not have something that’s finally a credible competitor to Android and iOS.

Intel and Nokia have announced that they've opened a joint laboratory in Oulu, Finland, which is about 600+ km from...