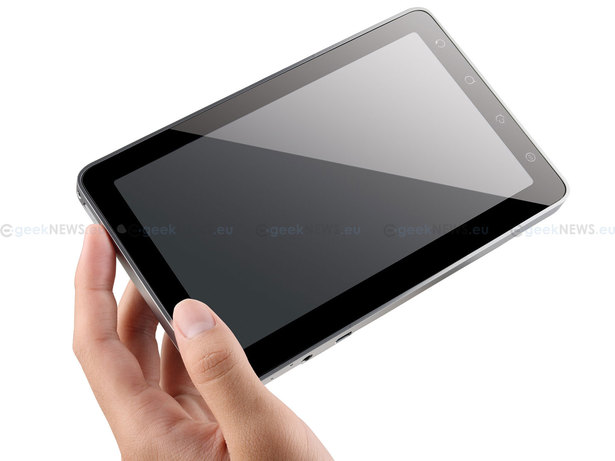 While there aren’t too many more details on the upcoming 7 inch Android tablet from ViewSonic, dubbed the ViewPad, we now have a couple of pictures of the upcoming tablet and some confirmation of it’s features. With 3G, GPS, and a microSD card slot, this little guy is shaping up to be one nice tablet, but we’re still a little unsure why we’d want to pick this one over any of the other upcoming 7 inchers coming down the pipes.

The only real news here is that some of the rumored specs have now been confirmed for the tablet, and while it’s missing some that we were hoping for, we could be surprised when it ships. The confirmed specifications include a 7 inch display, front-facing and rear-facing camera, 3G support, WiFi, Bluetooth, GPS, MicroSD card slow, 3.5mm headphone jack,  mini USB, microphone, and speaker. Since the ViewPad comes with its own microphone and speaker, along with 3G support, we wouldn’t be surprised if this tablet ships with some sort of phone functionality. There are a few specifications that have not been revealed, such as CPU and other hardware specs, but we’re hoping to see at least a HDMI port on this thing.

So, other than the confirmed specifications for the device and the new product photos, we’ve got nothing else new on the device. We’re hoping that we see something that lets this thing stand out, because right now, it’s just another upcoming Android tablet.

The ViewPad looks fairly similar to every other 7 inch Android tablet we’ve seen before, and we haven’t seen the device turned on yet, so we don’t even know if it has a custom skin running on top of the Android OS. A custom skin is one of the best ways to differentiate your device between the competition, but that can also have its own drawbacks as well (like longer software update cycles). Drawbacks aside, I’m hoping ViewSonic has something special cooked up for the ViewPad, as it looks like it just might be lost in the crowd by the time is launches.

Look for more coverage of the ViewPad and other Android tablets from IFA 2010.

Bing arrives for Android users on the Verizon Wireless network today, so if you're an avid Bing user there is...