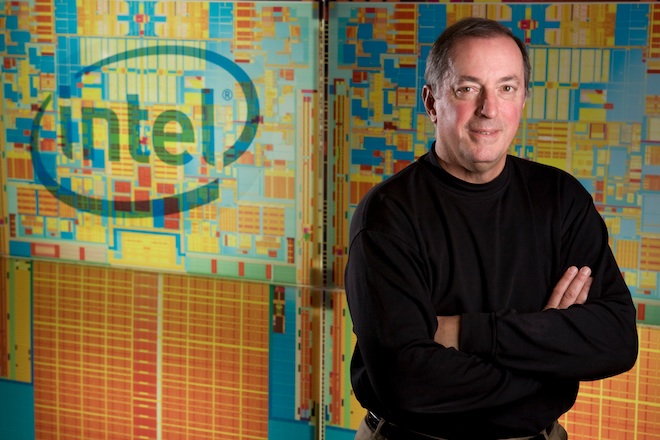 You’re rarely going to hear me say this, so here it goes: Fox News recently recorded a stellar interview with Intel CEO Paul Otellini and discussed the acquisition of Infineon’s wireless solutions unit, the purchase of antivirus firm McAfee, and his thoughts on how the current administration is and isn’t letting businesses grow. Venture Beat has a semi word-for-word transcript of the interview, highlighting the key points, but if you’ve got a little over 4 minutes then make sure to catch the first video. The second isn’t as important for people interested in the mobile space.

So according to the big chief we’re going to see mobile phones hit the market with Intel Atom chips and Infineon modems during 2011, but having both of those piece of hardware on a single piece of silicon is going to take a little bit longer. Not only will Intel chips be getting 3G and LTE on board, but GPS and WiFi will also be joining the party. No talk as to which operating systems will run on Intel’s lineup of chips meant for smartphones, but when asked about how Apple’s CEO Steve Jobs felt about Intel buying up Infineon, Paul said Steve was “happy”.

Why don’t I believe that? Apple bought their own chip designers, so why wouldn’t they be interested in buying their own wireless company? Anyway, like I said yesterday, the full effects of this acquisition are not going to be felt for at least a year or two, maybe even more. Intel’s next upgrade to their Atom lineup is due in mid 2011 and it’s called Cedar Trail according to Anandtech. It’s a 32 nanometer version of today’s Atom, plus the CPU and GPU are finally going to be on the same piece of silicon, further reducing power consumption.

Who’s going to be the first to make an Intel based smartphone? What operating system is it going to run? Really tough to say, but if I had to wager a guess I’d say Motorola or HTC and it’ll be some flavor of Android.

Will your next mobile phone be made out of cashew nut shells? [NEC thinks so]

Mobile phones today are primarily built out of plastic, with few exceptions such as the Apple iPhone and Nokia N8...