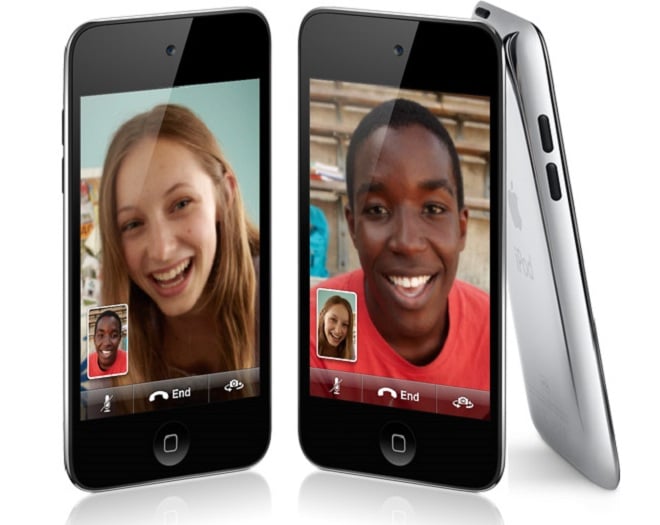 With Apple’s music-centric event over now, we have quite a few things to save up for. With the great refresh of the iPod line up, iOS 4.1, iTunes 10, and Apple TV, which will be your first purchase?

So, what did we see today? Here’s a recap: 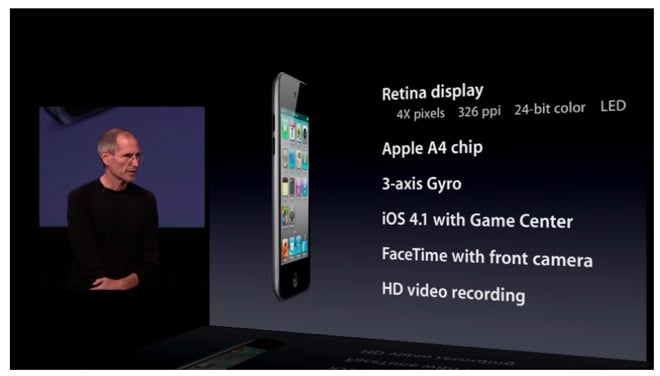 Today we saw a refreshed iPod Shuffle, Nano, and Touch, and while the Shuffle and Nano are solid upgrades, the iPod Touch surely stole the show. It will now feature a front-facing camera with FaceTime, about a .7-megapixel camera on the back, and the Retina Display found on the iPhone 4. The new iPod Touch is also thinner than it’s predecessor, which was pretty damn thin as it was, but we can’t complain about this.

What we were really looking forward to seeing is a complete redesign of the Touch, possibly to look more like the iPhone 4. We can’t win them all I guess, but the benefits of the new Touch are there without the redesign, and we could be happier. As far as pricing goes, the new iPod Touch will cost you $229 for the 8GB model, $299 for the 16 GB model, and $399 for the 64GB model. We doubt many will need the 64GB version, as you probably already have another iPod touch lying around now, don’t you? 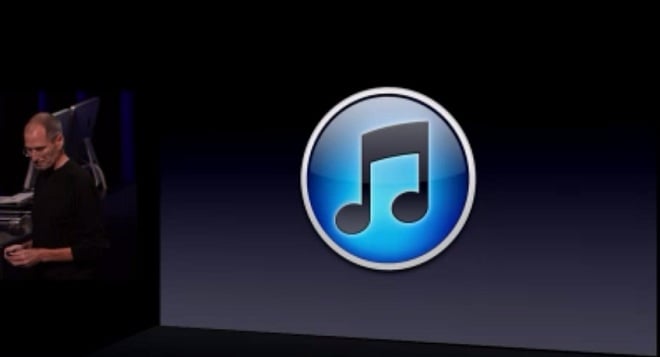 We will also be seeing the next version of iTunes, and the introduction of  Game Center on iOS devices. iTunes gets a little more social, and Game Center will allow you to play games with friends or people across the world.

iTunes 10 will offer a new service called Ping, which will allow people to follow you, Like Twitter. You have a little more control with Ping, but it’s still the same social crap that’s being added to everything these days. Friends can see who you’re listening to, make comments, and anything you’d expect in a social network. Only Ping is music focused, so, that’s different, right? Oh yeah, and possibly the biggest change to iTunes? A fancy new icon. Awesome. We were really hoping for streaming iTunes, and we definitely though that Apple would not allow Google to beat them to it. That said, Google Music may be delayed, and Apple may still have their chance.

Fancy some multi-player gaming on your iOS device? You’re in luck, as Game Center is focused just on that. During the keynote, we saw a great demo of Project Sword from Epic Games. The game saw no lag, and the graphics were flawless, as Project Sword uses their new Unreal Technology. Game Center allows you to receive achievements, and allows a user to initiate a multi-player session from within the app. Game Center will be available next week, bundled with iOS 4.1.

Speaking of iOS 4.1, which will be available next week, it offers quite a few enhancements and bug fixes. iPhone 3G users who were plagued with problems after upgrading to iOS 4.0 will be relieved to see that many of the issues have now been resolved with the 4.1 update.

iOS 4.1 will also introduce High Definition Range (HDR), and is a very welcomed addition to the iPhone’s already great camera. HDR was demoed at the event, and it provides a much more crisp photo, as well as better contrast and light capture.  You really need to see the difference to believe it, and photos will look better than ever on that Retina Display, if you have the iPhone 4, of course.

You can expect the update next week as a free download for the iPhone and iPod Touch.

As expected, we saw the second iteration of Apple TV. While it’s a decent upgrade, we can’t help but feel a little let down. Maybe our expectations were too high for the 2nd generation service, but Apple usually delivers and we were left wanting more.

First off, gone is the option to buy movies and TV shows, your only option now is to rent them. This eliminates storage management, but if you want something that you can watch at anytime, that’s yours, look elsewhere. I thought it would be cool if you could just upload the video you’ve purchased to a computer that you’ve authorized, but it’s not all bad. Apple TV, which wasn’t renamed to iTV as expected, will allow you to stream Netflix, and most content will be in HD, if it’s available.

The box used for Apple TV is much smaller than the previous version, comes with the A4 processor, HDMI port, 802.11n WiFi connectivity, a power connector, and an external remote. The UI for the TV service has been revamped, lending to a more fluid experience, which makes it much easier to find what you want to watch more quickly. Not sure if it’s as easy as just searching for it, but it’ll do.

Apple TV may indeed be a hit, but with the missing features we were expecting, we’re going to wait this out for now. We were expecting Apple TV to come with the now 250,000 application available to it, and sadly that’s missing. That’s not to say that apps won’t become available later, but that was what we wanted out of Apple TV the most.

With Google TV right around the corner, it should be interesting to see how the battle unfolds. One thing is for sure, Logitech may have trouble meeting the price point of Apple TV, which is only $99. Apple still may not be all that confident about their TV service; they did introduce it as “One more thing hobby.”

So that was just a quick overview of what Apple announced today, and while we didn’t get everything we wanted, we’re still more than happy about the new offerings. Anything that you didn’t see that you wanted to today at the event? Hit us up in the comments!