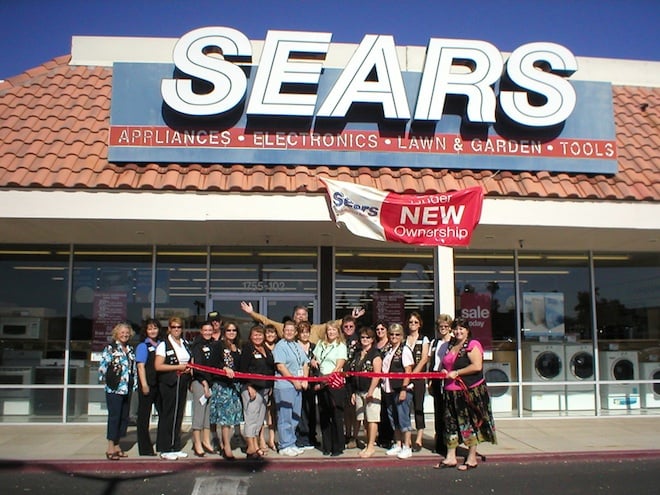 The newly released Verizon Wireless Motorola Droid 2 and summer favorite HTC Droid Incredible are on sale at Sears of all places for $100 and $80 respectively. The Incredible can be purchased by extending your contract, and the Droid 2 is sadly going to require a new contract.

The spec sheets for those who may have forgotten: Motorola Droid 2 has a 1 GHz Cortex A8 processor from Texas Instruments, 512 MB of RAM, 3.7 inch LCD that has a higher resolution (480 x 854) than most other Android devices, 5 megapixel camera that does 720 x 480 resolution video recording, Bluetooth 2.1, 802.11n WiFi, GPS, all running on Google’s latest version of Android: 2.2, code name FroYo.

The HTC Incredible: 1 GHz Qualcomm Snapdragon processor, 3.7 inch OLED screen with a resolution of 480 x 800, 512 MB of RAM, 8 megapixel camera, 802.11g WiFi, Bluetooth 2.1, GPS, and Android 2.1 with a promise that it’ll soon be rocking Android 2.2. Our Editor in Chief Will Park took a stab at reviewing it and says: “the HTC Incredible is, well, pretty damn Incredible.”

Both devices should give you a great first experience if you’re new to Android, and unlike AT&T, Verizon has the best network in the United States. Dead spots? Lack of 3G? What are these problems you speak of? If you have a fairly decent smartphone already then I suggest you wait. This is the time of the year that back to school sales are in full swing, not to mention Black Friday happening in a couple of months, but most of all because the next generation of Android devices will soon be hitting the market. We’re talking about faster processors, possibly dual core processors, and Android 3.0 if the rumors that have been floating around the net are true.

But if you have a dumb phone and curse your friends who pull up Google, Wikipedia, and a map of their exact location whenever they want, then jump on this ASAP since this deal is not going to last very long.

We're not even going to pretend there's a possibility that  the Samsung Galaxy Tab isn't real at this point. The...