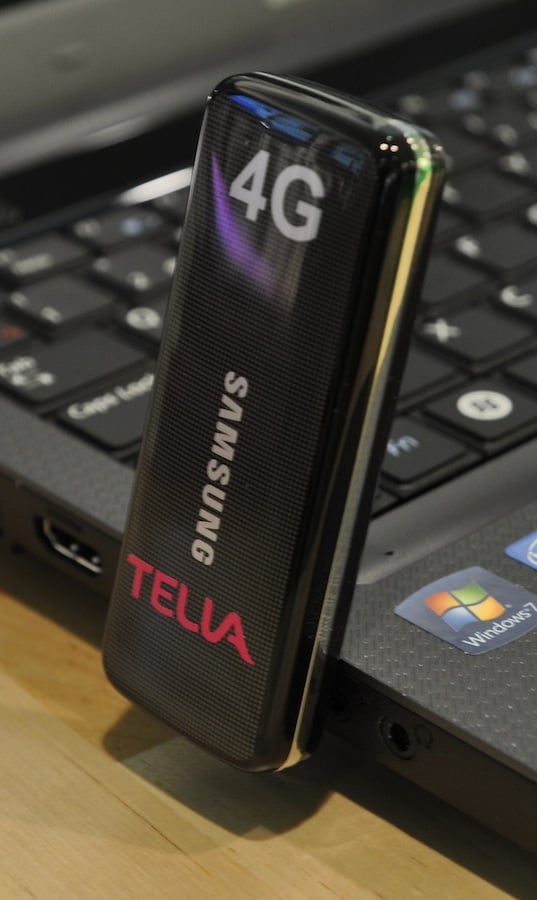 TeliaSonera is the world’s first operator to launch a commercial LTE network, turning on the high speed wireless technology in both the city of Stockholm, Sweden and Oslo, Norway simultaneously in December 2009. Since then all eyes have been on them to see what the technology can do, and how receptive customers are to the added speeds and lowered latencies compared to previous 3.5G HSPA technology.

Mikael Ricknäs, writing for IDG, reports that using the Samsung GT-B3730 USB modem with his Sony Vaio laptop he was able to achieve download speeds of up to 59.1 megabits per second and upload speeds hitting as high as 18.2 megabits per second. The average speed of the network was also very impressive: 33.4 Mbps down, and 12.7 Mbps up. TeliaSonera uses 40 MHz of spectrum in the 2.6 GHz band to provide coverage, unlike Verizon Wireless, due to launch their LTE network in up to 30 markets by the end of this year, who uses the much more attractive 700 MHz band, but will only use 20 MHz of spectrum to provide customers between 5 to 12 Mbps download speeds. Mikael notes that coverage still isn’t very good, he easily found 3 dead zones, and that the lowest speed he achieved, 9.6 Mbps, which still isn’t too shabby, was achieved deep inside the bowels of IDG’s Swedish Office.

The best quote from the entire article is: “The overall feeling when surfing the web was very similar to my fiber connection at home, which tops out at between 90 Mbps and 100 Mbps.” If that doesn’t make you want to move to Sweden, then the ABBA cover bands, heavy metal, and the tall blondes will.

Note that Australian operator Telstra’s recently put out a video demoing their 42 Mbps dual channel HSPA+ network and while it didn’t hit the speeds that TeliaSonera’s network does, it still manages to pump out double digit megabits per second. Nothing to sneeze at. Hell, I only have a 10 Mbps connection at home.

Vodafone Germany has announced how they're going to price their upcoming LTE service, due to launch later this month according...