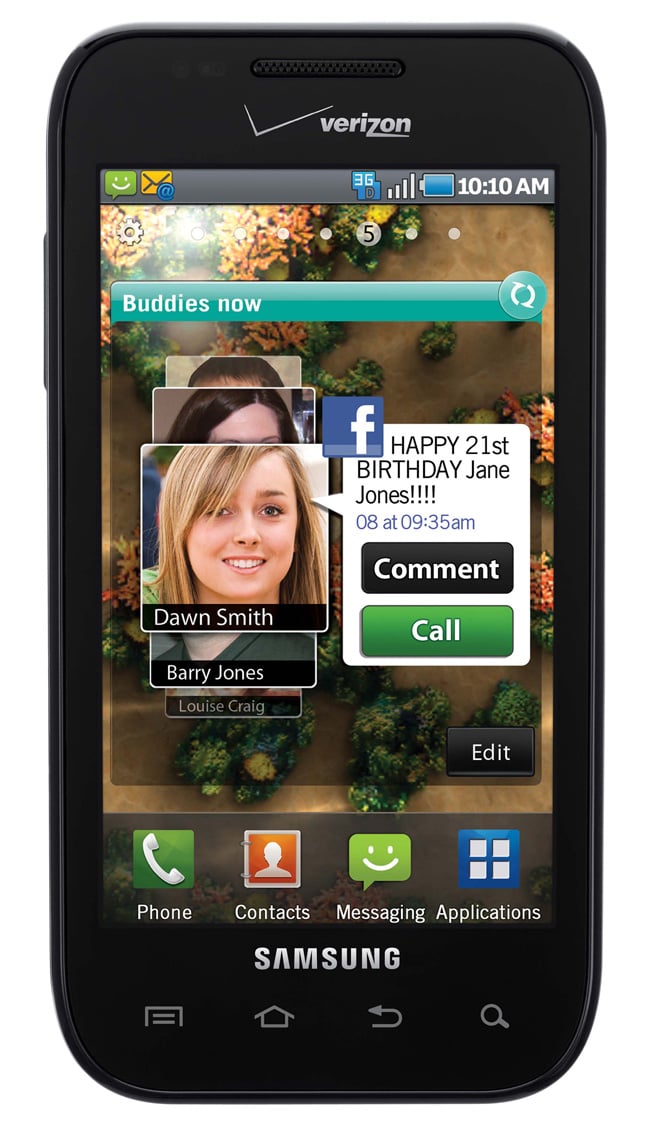 It is official, the Samsung Fascinate from Verizon will make its debut tomorrow online and in stores on the 9th. As expected, the Galaxy S handset will be available for $199 after a $100 online discount/mail-in rebate and a new two-year agreement. As a smartphone, Verizon will require you to sign up for an Email and Web for Smartphone data plan for $29.99 monthly and a Nationwide Talk plan which begins at $39.99 monthly.

The Verizon Fascinate will launch with Android 2.1 and rocks a beautiful 4-inch Super AMOLED display. This Android handset also features a 1GHz Cortex-A8 Hummingbird processor, Swype keyboard, pre-installed Amazon Kindle app, and all the other extras we have come to expect from a Galaxy S phone. Several Fascinate-specific accessories will be available at launch including a $29.99 desktop charging cradle, a $39.99 car dock, and a $39.99 backup battery charging system with a secondary 1500 mAH battery.

If you want a sneak peek of the Samsung Fascinate, then take a look out our reviews of the T-Mobile Vibrant and the AT&T Captivate; as part of the Galaxy S series, these three handsets share the same underlying architecture.

Anyone who has not already picked up a Verizon DROID X or a DROID 2 going to snag the Fascinate when it becomes available tomorrow?

Samsung N350: Dual core netbook with a little bit of HSPA+ and LTE thrown in [Videos!]

Samsung waited until the very end of the ongoing IFA conference in Berlin to announce the N350, a dual core...