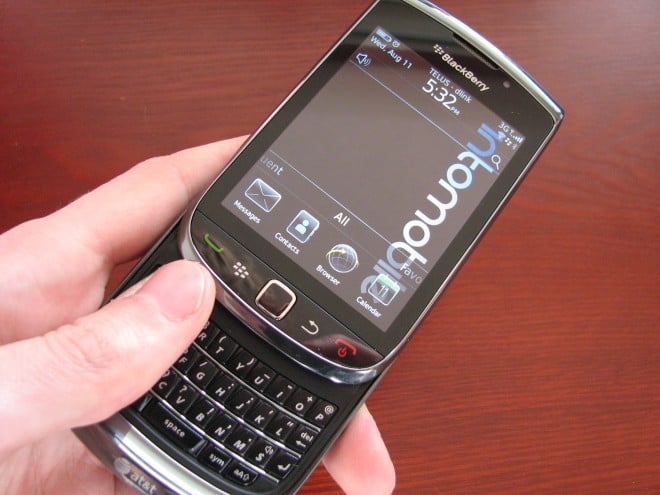 Speculation has been running rampant about the BlackBerry Torch 9800 for AT&T not doing very well in sales. Today, Fred Devereux, President of Wireless Operations in the US West for AT&T, gave the impression that the carrier was a little disappointed and somewhat surprised in BlackBerry Torch sales. Funny, I’m not all that surprised about the turn out.

During the Mobile Future Forward event in Seattle, Devereaux said he was “surprised there hasn’t been a faster adoption” of the smartphone.

With the wildly popular iPhone 4, and the ridiculously priced iPhone 3GS at $99, how can he or AT&T be surprised? Let’s not forget the Samsung Captivate, a Galaxy S Android device, which is also a very appealing smartphone. Is anyone genuinely surprised that the BlackBerry Torch’s flame quickly cooled after its initial launch?

AT&T can’t place all the blame on the iPhone or Android, however. The Torch just isn’t striking or revolutionary enough to make people want to switch carriers for it. Unless your business deployed the BlackBerry slider and you have no other choice, you’re probably not going to want to switch to a fickle network unless it’s for the brand-spankin’ new iPhone 4.

Even for die-hard BlackBerry fans, the Torch 9800 was a questionable upgrade. The screen resolution made it seem like an ancient device, its weak processor causes the new OS to lag and BlackBerry App World just hit 10,000 apps! The iPad, having just launched in April of this year, already has 25,000 dedicated applications!

Devereux also noted that he was amazed that people were spending upwards of $200 on smartphones and that hardly anyone is picking up basic feature phones anymore.

OK, this guy is both shocked at slow Torch sales and the shift in average consumer buying trends? Is AT&T sure it wants this guy to be leading wireless operations?

Of course, shortly after all this AT&T released a statement that said it was pleased with BlackBerry Torch 9800 sales, although it didn’t seem to want to go beyond vague statements and give us hard numbers.

The first we saw of the BlackBerry Curve 3G 9300 was a bit of a let-down. It looked pretty much...