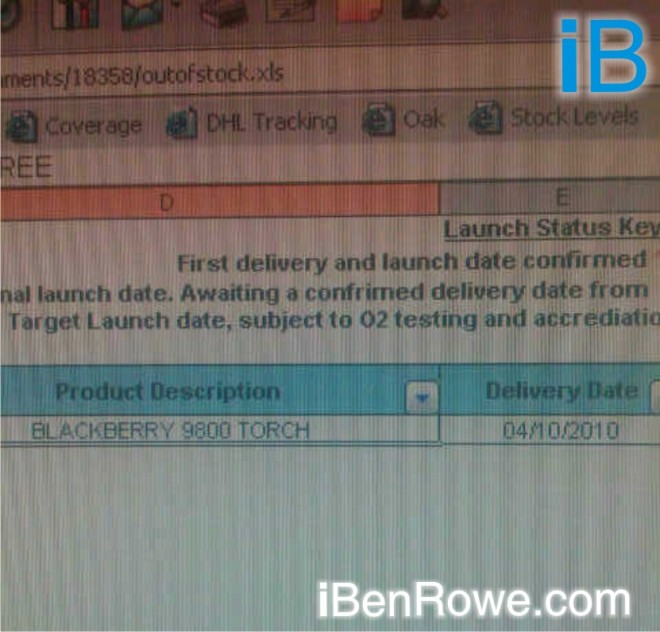 Vodafone isn’t the only one gearing up to launch the BlackBerry Torch 9800 in the UK; O2 will also have it, and launching on October 4 if these leaked internal documents can be trusted. No pricing details were included, but they’ll probably be in the same ballpark as Vodafone’s.

The BlackBerry Torch 9800 is RIM’s first slider, and the spearhead for their new OS 6 operating system, which is mostly a visual upgrade with the added bonus of quick universal search to local and online content. The specs are decent enough: 3.2″ HVGA capacitive touchscreen, 624 MHz processor, 512 MB of RAM, 5 megapixel camera with autofocus and flash, Wi-Fi b/g/n, world-roaming HSPA 3G, and GPS. If you’re interested in picking up a BlackBerry Torch 9800 from O2 in the UK, be sure to check out our review before taking the dive.