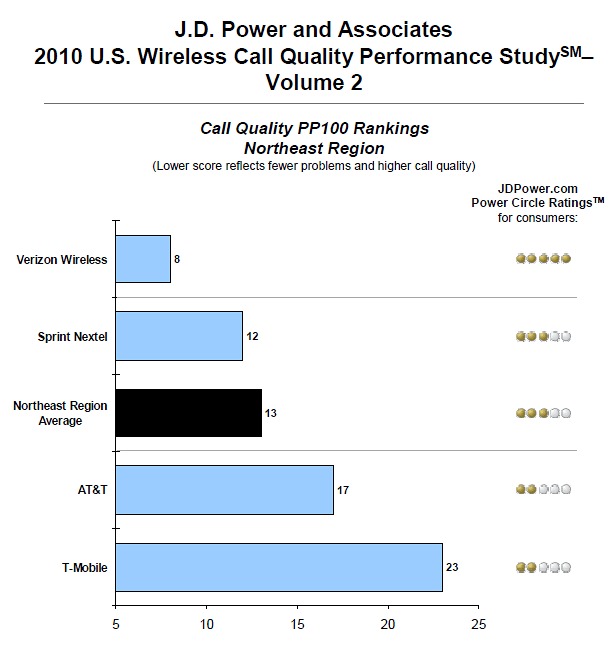 Who says people don’t really make phone calls these days? J.D. Power recently conducted a survey saying call quality is still very important to most consumers, which puts Verizon and Sprint at the top of the charts. AT&T, popular home to the iPhone 4, however, doesn’t fare so well. As far as T-Mobile goes in terms of quality and dropped calls, it largely depends on your location.

J.D. Power says that while people are using their phones less for phone calls, they still mention it as being a primary reason for switching carriers. Go figure. Of course, data and SMS mobile applications are available on a number of good platforms across carriers (save for the iPhone), so it’s a no-brainer that the only real variable there is call quality.

For now, AT&T’s only saving grace is the iPhone. Many users are willing to put up with the fickle data speeds and shoddy call quality and frequent dropped calls because of the Apple smartphone, but once the exclusivity deal is over, so is the game for AT&T.

The chart above shows the Northeast Region, for the rest, visit the link below.