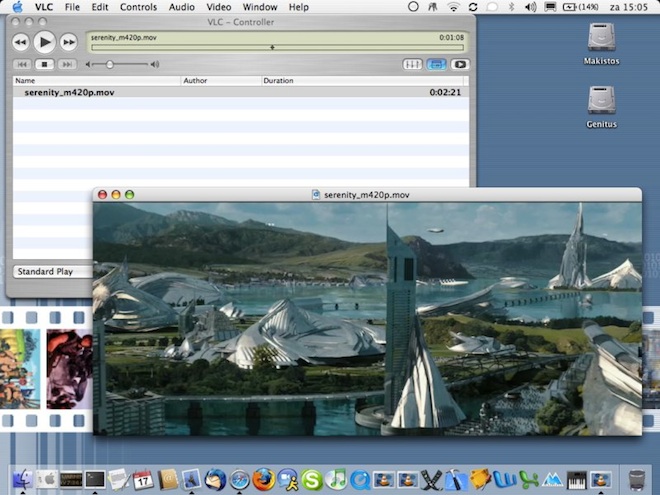 So you got yourself a brand spanking new iPad and soon you quickly realized that none of the files you grabbed off those semi-illegal sites on the internet work. What is a movie aficionado such as yourself going to do? Luckily the folks at Applidium are trying to help out by porting the open source VLC project to the iPad. They say they’ve already spent several months on the project, and that the application is now waiting to be approved for submission into Apple’s App Store.

If everything goes smoothly, then in one to two weeks you should be able to install an application on your iPad that can play just about every single type of video you can find on the internet. It’s not yet known whether that includes Flash content.

VLC is an open source media player that is available for more platforms than anyone can count and it’s been a staple in the pirate, errr movie buff, community thanks to its ability to quite literally handle everything you can throw at it. The most popular files being traded on the internet today are MKV files that wrap a movie along with several audio tracks and subtitles in various languages into one huge file. The only way to watch these files on the go has been to grab your laptop, and even then you can’t use your ordinary netbook since decoding said MKV files takes quite a bit of horsepower. Romain Goyet, co-founder of Applidium, told Read Write Web not to expect any mirales in the performance department since the iPad doesn’t have nearly as much computing capability as a modern desktop or laptop computer. Future Apple devices with dual core Cortex A9 processors such as the Samsung Orion, or even beefier chips like the recently announced Cortex A15, are going to address these issues.

Until then, enjoy waiting for Apple to sign off on something that should have been ported to Android first … but hasn’t been.

Rumor: Apple ordering baseband chips from Qualcomm [Next iPhone to be a world phone?]

Filed under "oh look, another bloody Apple rumor", we're hearing that Apple may be buying their baseband for the next...