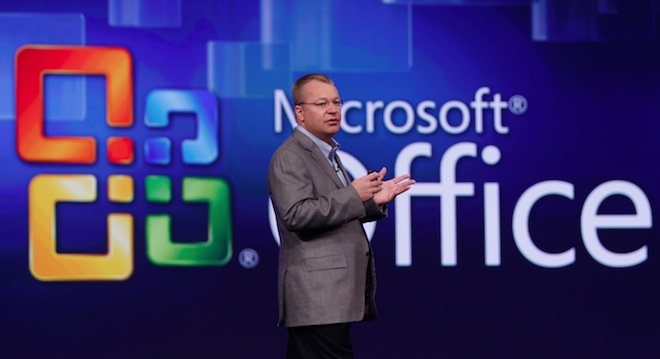 Nokia has been in trouble for, oh I don’t know, about 3 or 4 years now. The Nokia N95, which was a beast of a device if the mobile phone industry ever saw one, came late to market, was plagued with bugs, and was poorly built, but irregardless it was much loved. That was back in March 2007. Since then the company has produced a string of mediocre devices, some more attractive than others like the Nokia N82 and the E71, the latter earning the title of “the last great Nokia” for many people. During the past few years there’s been small management changes, and management reshuffles, but leadership at the top remained how it was since what feels like the beginning of time. No more with today’s announcement that Nokia CEO Olli-Pekka Kallasvuo will stay with the company until September 20th and then be replaced by Stephen Elop, a foreigner, more specifically a Canadian. Age: 46.

I’m no xenophobe, but it doesn’t take a rocket scientist to look at Nokia’s management structure to realize that non-Finnish people are a rarity. It’s just how the company has always been run. With Stephen Elop, Nokia gets their first foreign CEO in the company’s 145 year history.

So who is this Stephen Elop guy? He leaves Microsoft after a short 2 year 9 month stint where he was President of the company’s Business Division, otherwise known as the boys and girls who ship Microsoft Office, one of Redmond’s largest sources of revenue. Steve Ballmer, CEO of Microsoft, wrote a letter after Nokia’s announcement of OPK’s fall from grace saying that Stephen “leaves in place a strong business and technical leadership team”. Before Microsoft, Stephen was Chief Operating Office of Juniper Networks. Prior to that he lead Adobe’s Global Sales Team after Macromedia, where he was CEO, was acquired.

Most surprising of all are comments made by former Nokia CEO Jorma Ollila, who defended OPK thorough the worst of times and praised him during the best of time, and is the Chairman of Nokia’s Board of Directors. He says: “The time is right to accelerate the company’s renewal; to bring in new executive leadership with different skills and strengths in order to drive company success. The Nokia Board believes that Stephen has the right industry experience and leadership skills to realize the full potential of Nokia. His strong software background and proven record in change management will be valuable assets as we press harder to complete the transformation of the company. We believe that Stephen will be able to drive both innovation and efficient execution of the company strategy in order to deliver increased value to our shareholders.”

A webcast is scheduled to take place is roughly 20 minutes and any new information will be added to the bottom of this post. It’ll be archived and made available to listen to at your own connivence here.

Update: This guy has 5 children. In late May 2010 the Nokia Board went CEO searching. Several internal and external employees were interviewed. Elop hates licorice, loves ice hockey, and will move to Helsinki very soon.

[Additional information gathered from paidContent and The Wall Street Journal]

Update: In terms of analysis, which admittedly this article is lacking, there’s not much that can be said. It takes time, at least a year or two, for changes to be felt. Nokia’s going to release several devices over the next year that Stephen has had no say over, but are too far into the development cycle to cancel. It’ll be some time before we see how Nokia will change under Mr. Elop.

Apple developing an iPhone with the 1700MHz AWS band?

Videotron, a regional operator from Quebec, Canada, launched its mobile service today with a bang. An executive VP hinted that...