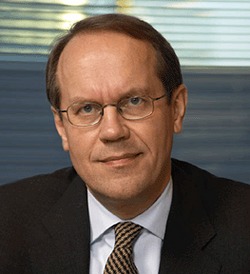 There is a major shift happening at Nokia these days with executives leaving the company, and this time it’s Jorma Ollila who will be leaving his post in 2012. This announcement has been made shortly after the news that CEO Olli-Pekka Kallasvuo will be leaving on September 20 to be replaced by Microsoft executive Stephen Elop. Additionally, Anssi Vanjoki, EVP of Mobile Solutions, announced recently that he, too, will be leaving Nokia in six months.

In the WSJ’s report on Ollila’s long goodbye, it noted that the 60-year-old exec served as Nokia’s chief executive for 14 years before he stepped down in 2006. He was credited with helping refashion a 100-year-old engineering company on mobile phones in the first place.

Nokia is facing stiff competition from Apple and Google, if the latter two can even consider the Finnish company competition, and the major administrative upheaval could be what the manufacturer needs in order to head into a direction that will make it relevant again.

It will be interesting to see what Ollila will do during his remaining time at Nokia, as he only has just over a year left to go. In the meantime, we’ll also be keeping a close eye on Elop, who will take the reins and hopefully guide the 145-year-old company back into the more popular mainstream.